Netflix will screen Dolly Parton: A MusiCares Tribute, a concert which was staged in 2019.

One of the evening’s most memorable moments was when Parton reunited with her Trio bandmates Emmylou Harris and Linda Ronstadt, who presented Parton with her MusiCares Person of the Year honour. Very rare! 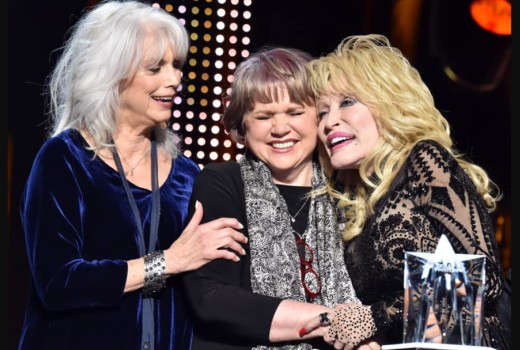 “We are so excited to share Dolly Parton’s 2019 Person of the Year tribute with music fans all over the world,” Laura Segura, Executive Director of MusiCares, said. “Not only is Dolly one of the greatest musicians of all time, she also has one of the biggest hearts in the industry and is dedicated to helping musicians and people everywhere.”