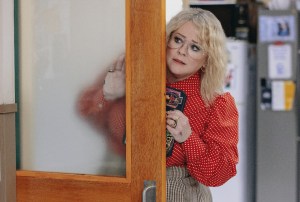 Melissa McCarthy comedy series God’s Favorite Idiot, which was shot in Australia during the pandemic, launched without fanfare on Netflix this week.

The series was originally due to shoot 16 episodes with some $10m of govt incentive but it was abruptly cut short, with Netflix confirming it would split the series into 2×8 episodes.

First reviews at Rotten Tomatoes are very mixed, currently with a 40% fresh rating.