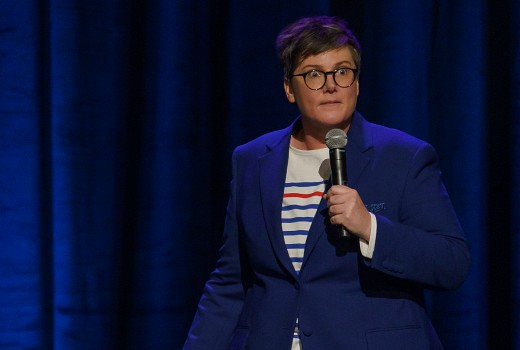 Her stand-up show, named after her beloved dog debuted at the Melbourne International Comedy Festival a year ago.

Emmy and Peabody award winning comedian Hannah Gadsby stopped the comedy world in its tracks with her genre bending show, Nanette. Having given herself her very own tough act to follow, she named her difficult second album after her eldest dog and took it for a walk across the planet, finishing up in Los Angeles and recording her second stand up special, Hannah Gadbsy: Douglas.

You can expect your expectations to be set and met by Douglas: a tour from the dog park to the renaissance and back guided by one of comedy’s most sparkling and surprising minds.

Tuesday May 26 on Netflix.

I’m pretty excited to announce that my new special "Douglas" will be streaming on @netflixisajoke starting May 26. Be sure to mark it in your socially-distant calendars…then wash your hands. pic.twitter.com/qxYRAkwV7t