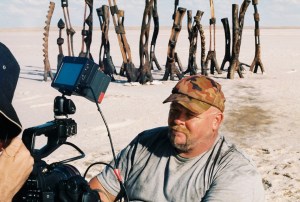 The Art of Incarceration, a feature documentary looking at the over-representation of Indigenous Australians in the prison system, will be released on Netflix in July.

Writer, director, producer Alex Siddons said, “It has been a long road but I’m proud that this important story will be available to a global audience on Netflix. I’m grateful to everyone who contributed and supported us in completing the film. It is my hope that the film brings attention to the mass incarceration of Indigenous Australians in our criminal justice system, and affects urgent change.”

Seen through the eyes of Indigenous prisoners at Victoria’s Fulham Correctional Centre, The Art of Incarceration explores how art and culture can empower First Nations people to transcend their unjust cycles of imprisonment.

The Art of Incarceration provides an insight into the deeply ingrained incarceration epidemic of Australia’s First Peoples, and offers hope, as we follow the inmates’ quest for cultural identity and spiritual healing as they prepare for the annual ‘Confined’ exhibition and life on the outside.

The film covers a range of perspectives from current and past inmates, including that of Robby Wirramanda (Wergaia), a former champion fighter who reconnected with his passion for art during his 6 ½ year sentence for drug trafficking. Robby is a symbol of strength and hope to many inmates due to his success as an artist/singer/songwriter, his work as a mentor and his unrelenting dedication to culture, community and family.

Christopher Austin (Gunditjmara Keeray-Woorroong), has been in a cycle of incarceration for 37 years, having been made a ward of the state at the age of 12 for being ‘uncontrollable’. The injustices of Australia’s colonial history are inextricably seen in Christopher’s narrative. Through his new direction as an artist and his desire to create a lasting connection with his young daughter, Christopher is attempting to forge a better future. “In the past I was a crook, you know, a jail bird, but now I’m an artist. My daughter is so proud of that. I never used to think of myself that way.” Christopher Austin.

The statistics are sobering. PwC’s 2017 report ‘Indigenous incarceration: Unlock the facts’ revealed that Indigenous Australians make up less than 3% of the population, but account for 27% of the adult prison population. Indigenous youth make up 55% of young people in detention.