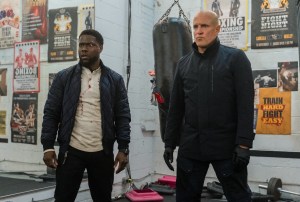 Directed by Patrick Hughes, it also by Kaley Cuoco.

A case of mistaken identity forces a bumbling entrepreneur to team up with a notorious assassin — known as “The Man from Toronto” — in hopes of staying alive.