It won’t be long now before the WWE Studios releases its first Netflix Original for the streaming service. With millions of WWE fans around the world also being Netflix subscribers, there will be plenty of people intrigued to see which wrestler will be starring in the upcoming Original film The Main Event. We’ve got the definitive list of WWE superstars below that will definitely be appearing in The Main Event.

For some Netflix subscribers, The Main Event will be the very first time they are experiencing the WWE. So this article will be greatly beneficial for anyone willing to dip their toe into the ocean that is WWE content. Below is some information on the WWE Superstars that will feature in The Main Event, included in the article are some of the accolades of the Wrestlers along with a brief bio on their WWE career.

The following WWE superstars have been confirmed to star in The Main Event:

Love him or hate him, The Miz has been one of the best heels in the WWE for years now. The former reality star had a tough beginning to life in the WWE, with many not believing he could make it as a professional wrestler. Since his debut in 2006 as the host of Smackdown, The Miz has developed leaps and bounds both inside the ring and outside the ring.

Throughout his time in the promotion, The Miz has held an incredible number of championship reigns. With eight Intercontinental Championship reigns to his name, The Miz is only one away from matching the record set by Chris Jericho. He’s also held three different tag team championships with no less than five seperate tag team partners.

Arguably some of the biggest highlights of his career came from winning the Money in the Bank ladder match, only to successfully cash in the contract against Randy Orton on an episode of Raw. The Miz only held the title for 160 days, but this included main eventing Wrestlemania and successfully defending his championship against John Cena, thanks to interference from The Rock.

In the years that followed Miz would continue to win a variety of different championships and began his new gimmick as the Hollywood A-Lister, the same gimmick he holds today. Throughout his time as the Hollywood A-Lister, The Miz, battled a returning Chris Jericho, paired with fan-favorite Damien Mizdow, lead the stable The Miztourage, and continued his long-standing feud with rival Daniel Bryan.

The Miz continues to wrestle week to week but has his own reality series Miz and Mrs with wife and fellow WWE superstar Maryse.

Most recently, The Miz battled with the latest incarnation of Bray Wyatt and his Fiend persona. His battle with Bray Wyatt has seen The Miz begin to change back towards a heel, having been working as a face for most of 2019.

Stephen ‘Sheamus’ Farrelly has been an imposing figure in the WWE since making his debut in 2009. His rise in the WWE came incredibly fast, earning his first WWE Championship reign after beating John Cena at the pay per view TLC in December 2009. Sheamus’ title win made him the first Irish WWE Champion in history.

The Irish powerhouse would later win the 2010 King of the Ring tournament, becoming one of many to receive a king gimmick. He would continue to earn accolades such as winning the United States Championship and winning the 2012 Royal Rumble, setting up a World Heavyweight Championship match with Daniel Bryan at Wrestlemania 28. Seamus’ beat Bryan within 18 seconds, a Wrestlemania record still held today. The resulting win started the embers and what would eventually become the blazing inferno of Daniel Bryan’s famous Yes Movement.

Sheamus would find further success becoming the US Champion once again but it wasn’t until 2015 before winning another world title. By winning the 2015 Money in the Bank ladder match, Sheamus would later cash in the contract against the newly crowned Roman Reigns. Losing the championship within 22 days, in that time the stable, The League of Nations was created, consisting of members Wade Barrett, Alberto Del Rio, Rusev and Sheamus, unfortunately, the stable was very unpopular and within a year the stable would end.

Sheamus’s career was revitalized once he began a program with the Swiss Cyborg of Smackdown, Cesaro. After entering the best of seven series with each other, the hot hooded rivals would eventually be paired together as a tag team. Their tag team started with little chemistry, but it didn’t take long before they became a force to be reckoned, and giving themselves the name The Bar.

Between 2016 and 2019, The Bar was one of the most prolific tag teams in WWE. The pair had incredible encounters with other popular tag teams such as The New Day, The Good Brothers, Hardy Boyz, and a reformed Shield.

In the time since The Bar disbanded, Seamus was out with an injury that nearly threatened his career. He has since returned to Smackdown Live! hell-bent on whipping the place back into shape.

Outside of his in-ring career, Sheamus has already featured in a few films. Most notably he played the villain Rocksteady in the 2016 movie Teenage Mutant Ninja Turtles: Out of the Shadows.

Known as the Glamazon of the WWE Women’s Division, Beth Phoenix was a powerhouse of a wrestler and could kick most of her fellow wrestler’s behind’s, the men included. Despite retiring before the start of the “Women’s Revolution” in the WWE, she and many of the amazing competitors that came before paved the way for the women’s wrestlers today to put on some of the best matches in the industry.

Beth Phoenix’s time spent as a wrestler came during a period in WWE’s history when female wrestlers still weren’t given the same level of respect as their male colleagues. During her tenure, highly sexualized and arguably sexist booking was still a huge problem in the WWE. Despite this, Phoenix continued to perform admirably and earned a huge amount of respect that still resonates today. Between 2007 and 2010, Phoenix won the Women’s Championship three times. 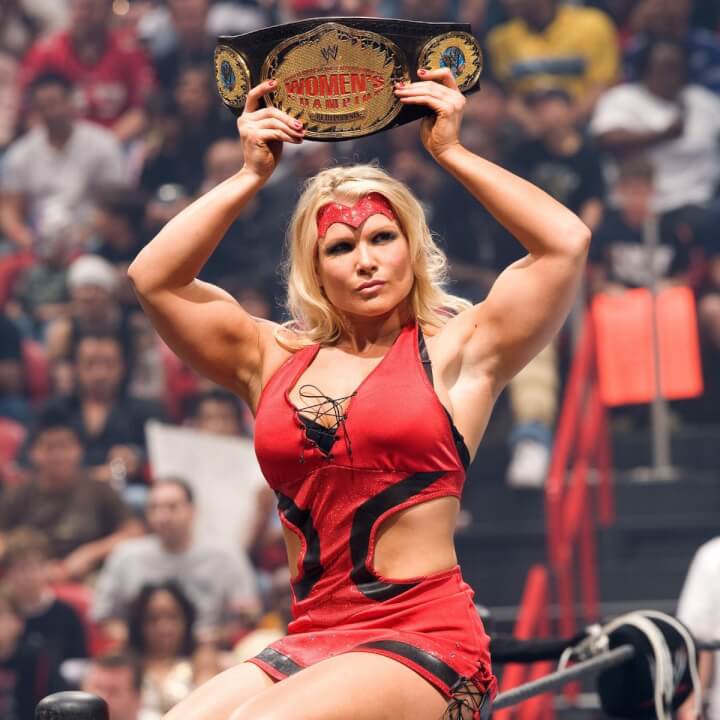 Phoenix retired in 2012, just over six years after making her main roster debut. At the time of her retirement, it was reported she wanted to spend more time with her family, She has since revealed more to her decision to retire:

I felt really frustrated with where the women were at from a company standpoint, and the investment that was being made in us. I felt in my heart I had done my best, and I’d try really hard to change things but, at some point I just got really frustrated.

Five years after her retirement the Glamazon was inducted into the WWE Hall of Fame, making her the fastest female retired inductee. This also made her and her husband Edge, a fellow Hall of Famer, to be the first real-life couple to be both be inducted. 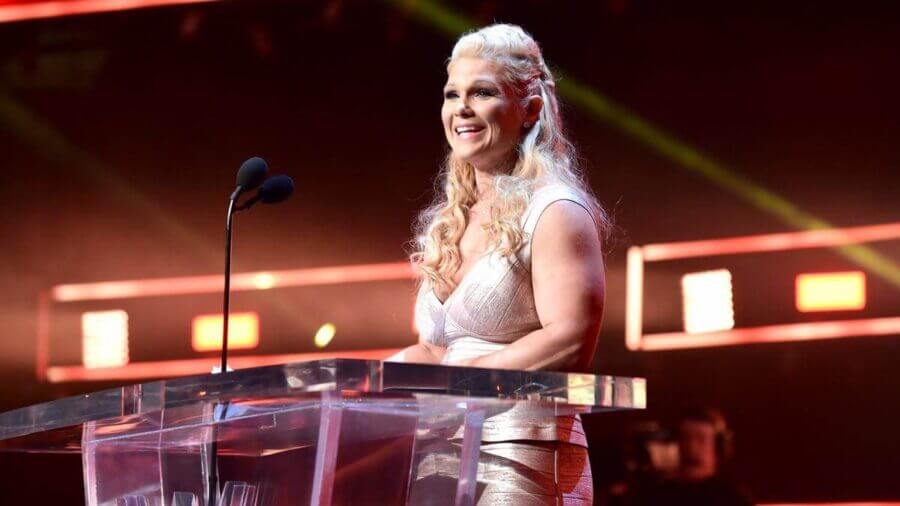 Since her retirement, women’s wrestling has come on leaps and bounds. From epic encounters between the four horsewomen of NXT to the main event of Wrestlemania, the Women’s Revolution has done wonders for the division, including the commentary teams. In 2018, Phoenix began working as a part-time color commentator for the WWE. She eventual came out of retirement for a brief period of time to take part in the first Women’s Royal Rumble and eventually taking part in a four-way tag team match at Wrestlemania with fellow Diva of Doom, Natalya. They lost the subsequent match, and Phoenix has vowed to never wrestle again.

Beth Phoenix is now a full-time commentator for the WWE’s third brand, NXT. Since moving from the WWE Network to the USA Network, her time on commentary has gone from 50 minutes to almost 120, with an audience that typically exceeds over 600,000 every week. 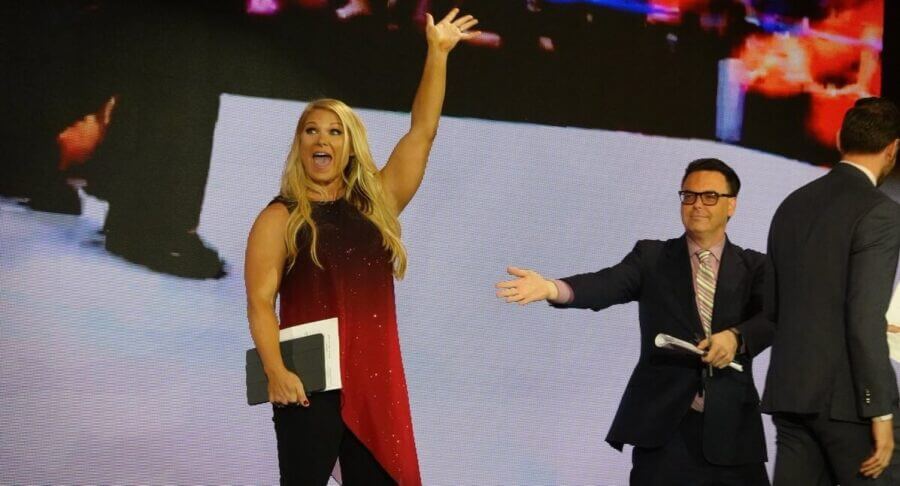 In its long and drama-filled 67-year history, Kofi Kingston became the first African born WWE Champion when he beat Daniel Bryan at Wrestlemania 35. Kofi’s rise to champion was lightning in a bottle, and almost never happened. In the build-up to the pay per view, Elimination Chamber, fellow wrestler Mustafa Ali was sidelined with an injury, and ultimately Kofi took his place. Entering third and after a grueling fight, which involved eliminating long-time rival, Randy Orton, Kofi was inches away from his first WWE title but after many near falls, champion Daniel Bryan retained. His performance in the Chamber ultimately kick-started the movement Kofimania and started the veteran’s road to Wrestlemania.

The road that followed was tough, and Kofi had to give everything he had as a performer to earn his spot at Wrestlemania. Being subjected to a Gauntlet match, only to falter at the final hurdle after being tricked into facing one final competitor. In the end, his long-time friends and teammates Big E and Xavier Woods earned his shot at the WWE Championship, his first in over 11 years of working with the promotion. Finally, the moment came at Wrestlemania 35, beating Daniel Bryan and lofting the belt up high.

Kofi’s reign as WWE Champion lasted 180 days, he defended the championship various times during his reign against competitors such as Kevin Owens, Dolph Ziggler, Samoa Joe, and Randy Orton. On the premiere show of Smackdown on Fox, Kofi was challenged by Brock Lesner for a championship match, to which Kofi lost in just eight seconds. Since his championship loss, he has reclaimed the Smackdown Tag Team Championship with fellow New Day team-mate, Big E.

Kofi Kingston is one of the most inspiring wrestlers the WWE has in its roster. His hard work, dedication, and love of the industry can be seen every time he performs. No doubt, when he retires a hall of fame honor will soon follow.

Corey Graves, the voice of After the Bell and color commentator on Smackdown Live had a short-lived career in the WWE as a wrestler. Graves was active as an independent wrestler for over ten years, performing under the ring name of Sterling James Keenan. Through the 2000s he was heavily featured in International Wrestling Cartel and One Pro Wrestling before the call finally came from the WWE.

Upon joining the WWE through the developmental brand Florida Championship Wrestling, the ring name Sterling Keenan was dropped and Corey Graves was the new moniker. Graves had relative success in his time in FCW, earning the FCW Florida Tag Team Championship with partner Jake Carter. When FCW finally became the NXT we know today, Graves moved on from being in a tag team, becoming a singles wrestler. During his run as a singles competitor, he earned an NXT title match against then-champion Seth Rollins but ultimately lost thanks to the other members of The Shield. Graves would eventually return to tag team wrestling, partnering with Adrian Neville and winning the NXT Tag Team Championships. 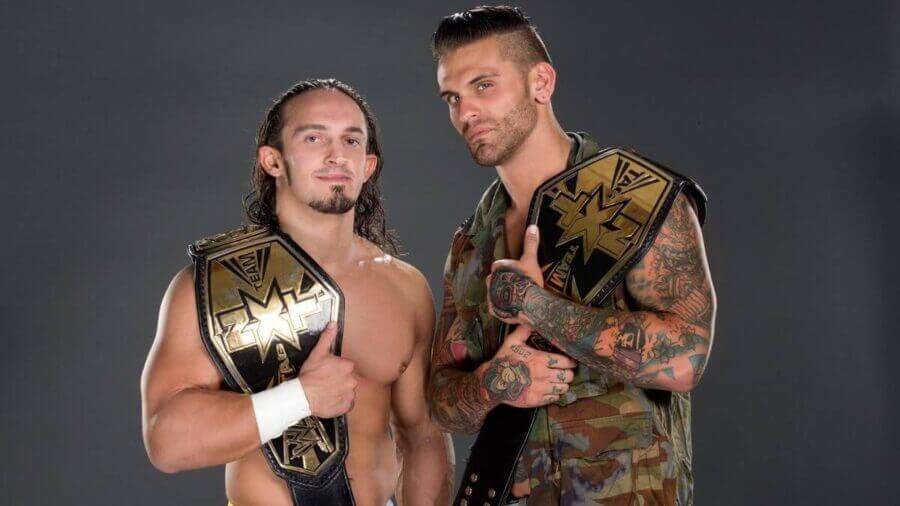 After turning heel on Neville, the pair went into a singles program. Graves, sadly, received a concussion during the bout and was out injured. After returning from injury it didn’t take long for lightning to strike twice when Graves suffered a second concussion, resulting in his absence from television and eventual retirement.

After his retirement as a wrestler, the WWE kept him on and he joined the NXT commentary team. Graves spent two years on the NXT commentary team, and was the host of WWE Culture Shock before being drafted to Raw in 2016. Since joining the main roster Graves has been the colour commentator of both Raw and Smackdown, and for a period featured on both brands. Currently, Graves is color commentator of Smackdown and hosts the WWE podcast After the Bell. 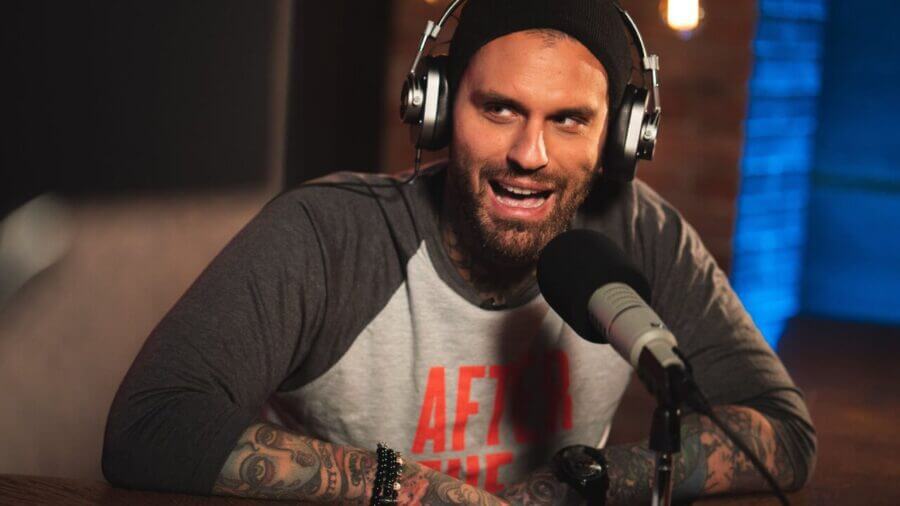 Corey Graves on After the Bell – Copyright. World Wrestling Entertainment

Are more WWE superstars going to feature in The Main Event?

The WWE in its current form has a ginormous roster to play with. Thanks to the number of wrestlers on the roster we can certainly expect to see plenty of cameo appearances. It’s unclear if any other wrestlers than those listed above will have featured roles.

Are you excited for the release of The Main Event? Let us know in the comments below!