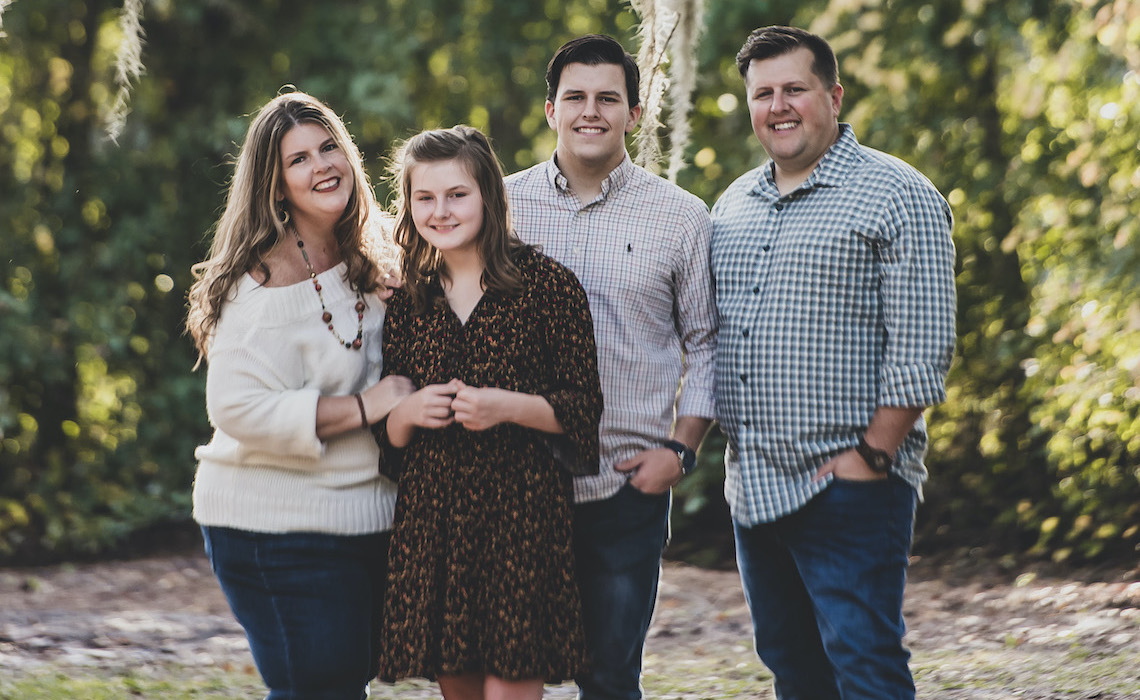 Welcome to All in the Creator Family, where in partnership with upcoming YouTuber event FamFest — a two-day, all-ages festival starring family vloggers — we profile content creators whose families are at the heart of their videos. Each week, we’ll chat with a featured family-oriented creator about how they established their own unique platform within the booming content space.

“Either sugarcoated or terrifying.”

That’s how Asa Maass describes most media about people with autism. Stories about people on the spectrum tend to veer from painting them and/or their family members as flawless saints muddling through the insurmountable difficulty of living with autism, to using them as fearmongering totems for anti-vax campaigns.

When Maass began uploading videos to YouTube in 2016, he wanted to share what he’d learned about autism through his youngest daughter, Abigail, who was diagnosed in 2007. His earliest videos were advice, how-tos, a real look at the practical everyday of having a kiddo with autism. He didn’t intend to turn his channel, Fathering Autism, into a platform–he just hoped his content helped the people who needed it.

That turned out to be a lot of people. As the channel climbed into the tens of thousands and then hundreds of thousands of subscribers, Maass tentatively probed the idea of expanding into vlogs rather than straight instructional videos. Now, vlogging on Fathering Autism is a full-time job for himself and his wife, Priscilla. They–along with Abbie, now 14, and her older brother Isaiah, 18–have amassed 476K subscribers, and bring in 8 million views per month.

In some ways, things have significantly shifted for the Maasses. They’re now surrounded by other autism-focused creators who were inspired by their content (a group they affectionately call the Autism Vlog Squad) and they’re a full-time YouTuber family, something they never expected.

But in other ways, things are still the same. Their family mission to show the world an honest portrayal of autism hasn’t changed–and it never will.

Check out our chat with Asa below.

Tubefilter: Tell us a little about you and your family! Where are you from? What did you do in the days before YouTube?

Asa Maass: We are the Maasses from Jacksonville, Fla. Priscilla and I were both military kids, so we grew up all over, but we settled our family here in Jacksonville 14 years ago. In our 18 years of marriage, we’ve had plenty of trials and tribulations, but a lot of joy as well. One of those trials was our youngest, Abigail, being diagnosed with autism spectrum disorder in 2007. It took us a while, but we realized that an autism diagnosis doesn’t have to be just about the hard stuff. We chose to focus on the happy stuff and work on the things that are more trying as a team. Our team is called The Maass Squad.

Tubefilter: What made you decide to start a YouTube channel? What specifically appealed to you about running a family channel?

AM: We started our family channel in September 2016. Before that, we made a few videos and uploaded them to share with friends, family, and Abigail’s therapists. I started making YouTube videos to help other families like ours. Many of our early videos were informational and how-to. One day, I told Priscilla about “vlogging.” Her exact words were, “That sounds stupid.” Three years later, and that’s what we do full-time! We quickly realized we could still give advice, share our experiences, and help others while just sharing our daily lives because our knowledge of being autism parents comes from our experiences anyway. I had no idea we would ever do this as our jobs. I had no idea we could make such an impact on the world the first time I clicked Upload.

Tubefilter: You of course have a core mission—battling stigmas people with autism face. How did this become your mission?

AM: So much of the current media about autism is either sugarcoated or terrifying. We wanted to show people that there is a middle ground. It can be hard, no doubt, but life is hard. It’s how you face challenges that really matters.

Tubefilter: Why do you think family content is so popular with people across social media platforms?

AM: It all comes down to relatability and putting a smile on someone’s face. Our job is to make people’s day better. It’s the best job in the world!

Tubefilter: As your daughter has gotten older, has she become more involved in the design of your content? Does she make decisions about what your family shares online?

AM: As Abbie’s cognitive ability and communication have increased, so has her ability to express her wants and needs as well as her understanding of what’s going on around her. She loves watching herself in the vlogs, but sometimes she just isn’t having it. Some of that has more to do with being a teenager, I think, though. Sometimes she just wants to be left alone, whether we are vlogging or not. She’s very good at telling us she needs a break from people in general.

As far as what we share and don’t share, that comes down to morals and parenting. It’s our job to protect her privacy and dignity as a human. We’ve learned a lot over the last three years, and we will continue to learn. An easy way to measure what to share and what not to share: If there’s any question at all whether it should be shared, then it shouldn’t.

Tubefilter: Are there any family content creators who inspire you?

AM: We have our own Autism Vlog Squad of families who were inspired by us putting our family out there, and they inspire me right back. Lauren Brazee, The Wee Family, Kaitlin & Kaidale, and more. We collectively want to change the stigma surrounding autism and special needs. Aside from that, I’m inspired by true storytellers. Way back when Priscilla wasn’t sold on the idea of daily vlogging, I learned that EVERYONE has a story to tell. Do a good job at telling your story, and people will watch if.

Tubefilter: What are the challenges of running a channel where your kids are the stars right alongside you?

AM: I think “stars” is a stretch–we’re just normal people who document our lives. To be honest, the biggest challenge is boundaries. When to film and when to just be in the moment as a family. I never want a camera lens to get in between my kids growing up in a “normal” household.

Tubefilter: How do you balance your content production? Is there a certain number of hours you film each day, or do you just film when it feels like something vloggable is happening? Do you keep space for downtime?

AM: For every 15- to 20-minute vlog, I start with 45 to 60 minutes of footage. Sometimes I film throughout the day, sometimes in the morning, sometimes just in the afternoon. Everybody has a pretty mundane routine, so I mix it up to keep it interesting. One of my favorite changes I’ve made to the way I film over the years is to shoot two seperate videos in one day. That means the next day is a day off, and we can still make daily content. I can’t say things change very much off-camera, but it is a different feeling when you’re not hitting record all the time.

Tubefilter: Is YouTube your full-time job? What else does the average day involve?

AM: This is our full-time job. We are so fortunate to make a living doing something that actually makes a difference in other people’s lives.

We actually have two YouTube channels. Priscilla has a channel called Cilla’s Stuff and Things where she shares her recipes, mom life, etcetera. She also has a makeup business. We have very full days. We start working when the kids go to school, stop when they get home, then start again at night, often working well into the morning hours. We are passionate about what we do, so it doesn’t feel so much like work.

Tubefilter: What plans do you have for the future, both for your family and your channel?

AM: We want to continue to share our story with others, impacting, influencing, educating, and giving hope. I’d like to do public speaking on the topics we discuss on the vlog to shape future educators, change policy, and provide a voice for those who don’t have one. We are going to keep making videos until the time comes to stop making videos. At that point, we will disappear from the public eye and become recluses. Joking…but seriously.

FamFest is the biggest two-day family festival featuring your favorite YouTube stars. Our mission is to bring families and creators together in an immersive environment to create memories through engagement. FamFest will be featuring one-of-a kind experiences and “Instagrammable” moments at the OC Fair & Event Center on June 20th & 21st, 2020. Tickets (use the code FATHERINGAUTISM50 to get $50 off any ticket), sponsorships, and more information available now at famfestusa.com.