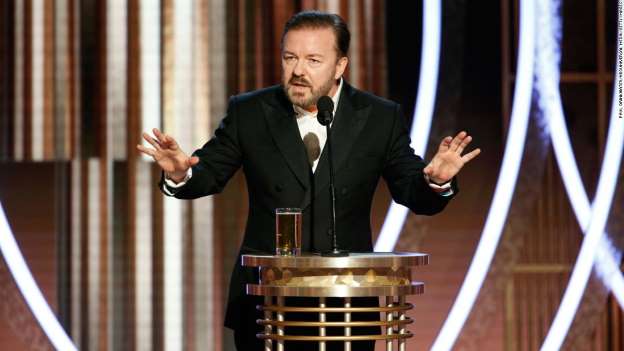 The 77th Golden Globe Awards were held Sunday evening, and while Apple’s fledgling streaming service didn’t win any of the three awards it was nominated for, but it did get roasted by host comedian Ricky Gervais.

While Gervais offered praise of the “The Morning Show,” calling it “a superb drama about the importance of dignity and doing the right thing,” he then gave Apple a swift punch in the ribs with remarks about the Cupertino firm’s “sweatshops in China.”

Apple rolled into the TV game with a superb drama about the importance of dignity and doing the right thing, made by a company that runs sweatshops in China. So, you say you’re woke, but the companies you work for, unbelievable. Apple, Amazon, Disney. If ISIS started a streaming service, you’d call your agent, wouldn’t you?

If you do win an award tonight, don’t use it as a platform to make a political speech. You’re not in a position to lecture the public about anything. You know nothing about the real-world. Most of you spent less time in school than Greta Thunberg. So, if you win, come up, accept your little award, thank your agent and your god, and f**k off.

Apple CEO Tim Cook was in the audience, just in case any of his Apple TV+ nominees had won.

The Golden Globes is an award from the Hollywood Foreign Press Association, an organization representing all of the global journalists that cover U.S. entertainment news for consumption in other countries. It’s one of the first awards shows of the year’s award ceremonies.

“The Morning Show” is also up for two awards from the Screen Actors Guild. Jennifer Aniston – who plays Alex Levy, lead host on the titular morning news show – was nominated for Outstanding Performance by a Female Actor in a Drama Series.  Steve Carell and Billy Crudup, who play disgraced former host Mitch Kessler and network executive Corey Ellison, respectively, are up for the Outstanding Performance by a Male Actor in a Drama Series award. The SAG winners will be announced at a ceremony on January 19.