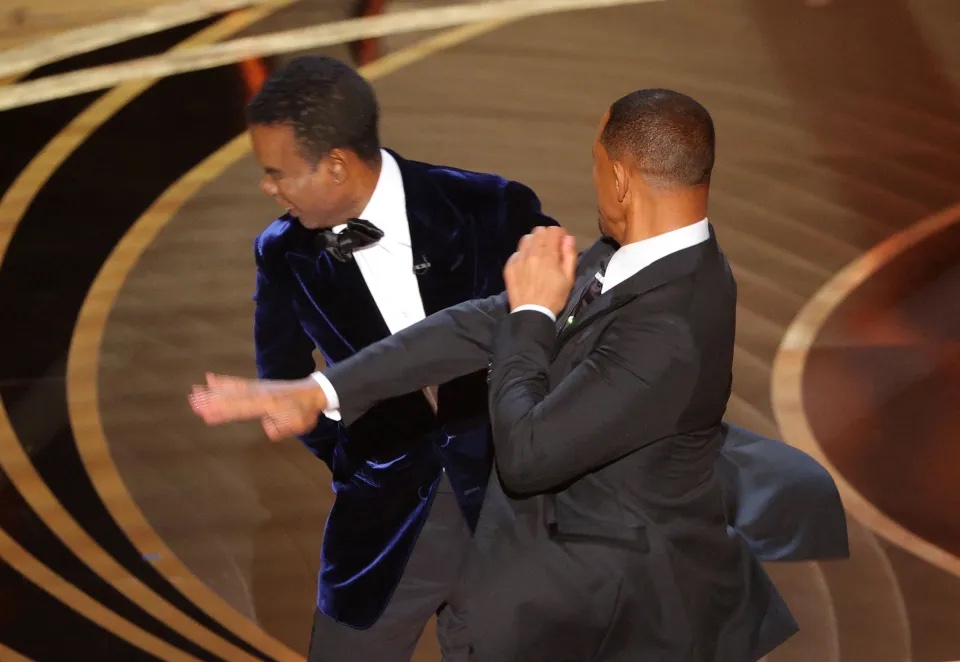 That beeping sound you hear is both Apple TV+ and Netflix backing out of a bidding war for a Will Smith biopic following the controversy over Smith slapping comedian Chris Rock at last week’s Oscars ceremony.

Apple had been one of many companies fighting to secure the rights to a biographical film about Smith’s life based on his best-selling 2021 autobiography. Now, The Sun reports that Apple has removed its bid for the film.

“Netflix and Apple+ have quietly removed their bids for a Will Smith biopic and will instead relocate the funds and develop original ideas from new black actors,” a source said.

“Working with Will has become a risky business. They now plan on developing ideas with more family-friendly stars like Mike Epps and Michael B. Jordan.”

The controversy started when Smith stormed onto the stage at the Oscars and slapped Rock after the comedian made a joke about his wife, Jada Pinkett Smith. Other than an apology here and there and his announcement that he had resigned from the Academy of Motion Picture Arts and Sciences, Smith has laid low.

Smith won the Oscar for Best Actor for his part in “King Richard,” beating out Denzel Washington’s portrayal of the titular character in the Apple TV+ film “The Tragedy of Macbeth.”

In other Apple TV+ news, actor Harrison Ford has agreed to terms to star in the upcoming Apple TV+ comedy series “Shrinking.” Harrison will star alongside Jason Segel, who is writing and executive producing the show alongside “Ted Lasso” co-creator Bill Lawrence and “Ted Lasso” star and writer Brett Goldstein, who plays Roy Kent on the popular series.