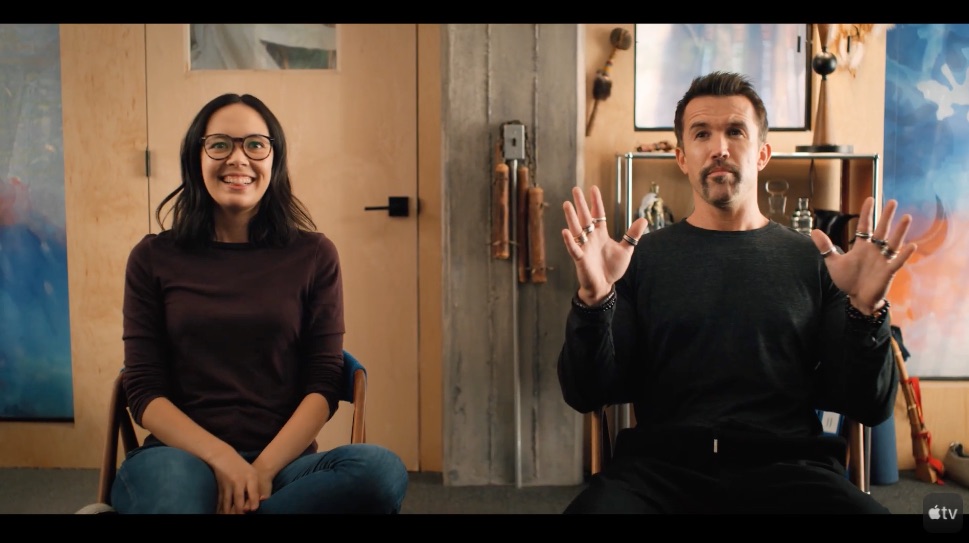 With the quarantine finally over, season two of “Mythic Quest” finds everyone back in the office (well, almost everyone), attempting to build upon the success of Raven’s Banquet by launching an epic new expansion, but Ian (Rob McElhenney) and the newly promoted co-creative director, Poppy (Charlotte Nicdao), struggle with the game’s direction. Meanwhile, C.W. (F. Murray Abraham) reconciles some unresolved issues from his past, the testers (Ashly Burch and Imani Hakim) test the bounds of an office romance, and David (David Hornsby) loses yet another woman in his life as Jo (Jessie Ennis) leaves him to assist Brad (Danny Pudi).

“Mythic Quest” was one of the first series to premiere on Apple TV+, alongside other popular shows, including “The Morning Show,” “Dickinson,” “See,” and “For All Mankind.”

Created by Rob McElhenney, Charlie Day, and Megan Ganz, “Mythic Quest” is executive produced by McElhenney and Day under their RCG banner, Michael Rotenberg and Nicholas Frenkel on behalf of 3Arts, and Jason Altman, Danielle Kreinik, and Gérard Guillemot for Ubisoft Film and Television. David Hornsby and Megan Ganz also executive produce. The series is produced for Apple TV+ by Lionsgate, 3 Arts Entertainment, and Ubisoft.