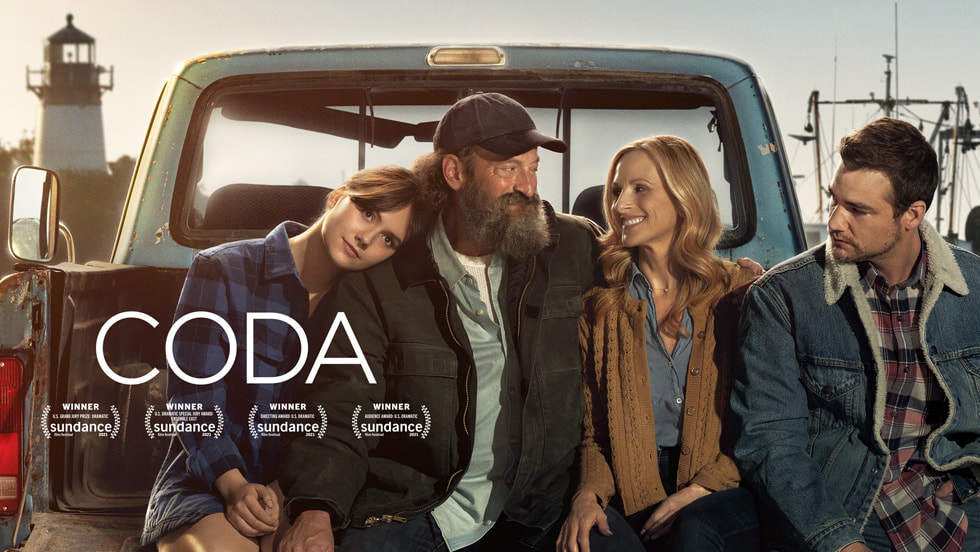 CODA beat out nine other films, including:

There were multiple awards to the “CODA” cast and crew. Troy Kotsur became the first deaf male actor to win an Academy Award for Best Supporting Actor, while “CODA” writer and director Siân Heder won in the Best Adapted Screenplay category.

“On behalf of everyone at Apple, we are so grateful to the Academy for the honors bestowed on ‘CODA’ this evening,” said Zack Van Amburg, Apple’s co-head of Worldwide Video. “We join our teams all over the world in celebrating Siân, Troy, the producers, and the entire cast and crew for bringing such a powerful representation of the Deaf community to audiences, and breaking so many barriers in the process.”

Seventeen-year-old Ruby (Emilia Jones) is the sole hearing member of a Deaf family — a CODA, or “child of Deaf adults.” Her life revolves around acting as an interpreter for her parents (Marlee Matlin, Troy Kotsur) and working on the family’s struggling fishing boat every day before school with her father and older brother (Daniel Durant). But when Ruby joins her high school’s choir club, she discovers a gift for singing and soon finds herself drawn to her duet partner, Miles (Ferdia Walsh-Peelo). Encouraged by her enthusiastic, tough-love choirmaster (Eugenio Derbez) to apply to a prestigious music school, Ruby finds herself torn between the obligations she feels to her family and the pursuit of her own dreams.

“CODA” is written and directed by Siân Heder, produced by Vendôme Pictures and Pathé, with Philippe Rousselet, Fabrice Gianfermi, Patrick Wachsberger, and Jérôme Seydoux serving as producers, and Ardavan Safaee and Sarah Borch-Jacobsen as executive producers.