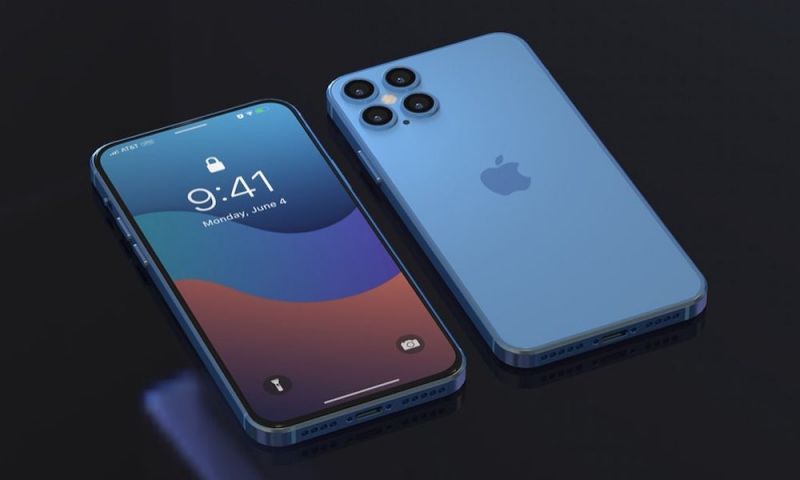 At least two of the expected four “iPhone 12” models to see release later this year will feature a redesigned chassis with flat stainless steel edges, flat sides, and more sharply rounded corners, similar to the current design of the iPad Pro.

That information comes in a report today from Bloomberg, which also says the size of the iPhone 12’s Face ID notch is also expected to shrink this year. The report also repeats previous reports that Apple is also working on a cheaper HomePod that would be about half the size of the current product. The iPhone 12 and HomePod should both launch later this year.

Of the four 2020 iPhone 12 models, only the two most expensive models will feature a LiDAR scanner, which first debuted with the 2020 iPad Pro.

The Bloomberg report indicates that only the two most expensive iPhone models will get a new chassis design, making it unclear if the two cheaper iPhones in the lineup will also get a chassis redesign.

While the new iPhones usually debut and launch in September of each year. However, the COVID-19 coronavirus pandemic could delay the debut of at least some of the models to later in the year, much like the iPhone X and iPhone XR have in the past. Indeed, Bloomberg says to expect some of the models to be released several weeks later than the usual September target date.

As for the smaller screen notch on the new devices has been indicated by a less-wide notch shown in iOS 14 iconography. Bloomberg says Apple is exploring ways to eliminate the notch completely in future devices.

A cheaper and smaller HomePod will certainly help Apple better compete in the smart speaker market place. Apple’s current HomePod retails for$299, while Amazon’s Echo Plus retails for $170, but is regularly available for less.

The Bloomberg report also provides some additional details about Apple’s upcoming AirTags Tile tracker competitor. The report says Apple’s thin, small and puck-shaped tag will come bundled with a leather sleeve and a keychain attachment. The AirTag should launch sometime this year.

The report also mentions new MacBook Pro hardware this year, along with a refreshed Apple TV, as well as an iMac refresh and entry-level iPad update.