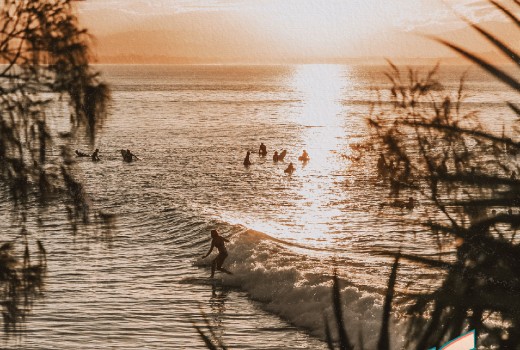 According to a recent press release, the Eureka Productions series plans to follow a ‘feed’ of hot Instagrammers creating drama content.

This is our love letter to Byron Bay. It’s not just Chris and Zac’s backyard, it’s the playground of more celebrity-adjacent-adjacent influencers than you can poke a selfie-stick at.

But Plot Twist: don’t write these Baes off too quickly. There’ll be fights, flings and heartbreak; but beneath every perfect post is a very real desire not just for ‘likes’ but to be liked, dammit, for who you are (so relatable). Can the Baes survive summer without a collab going wrong? Byron’s the kind of paradise that makes it all feel possible. We can’t wait for you to meet our Baes!

But despite bringing work to the NSW coastal town not everybody is happy….

A petition “Boycott Byron Baes Netflix Series by Refusing to Grant Filming Permits” has over 5600 signatures.

Despite no further evidence of the show’s tone, the petition claims the community don’t want to be depicted as “a reality show punch line.”

“We, the community of Byron, Ballina, Tweed, and Lismore Shires are not the perfect backdrop for this series. We are a community experiencing significant challenges driven by influencer culture and rapidly shifting demographics of residents. We do not want to be cast as the perfect backdrop and magnet for social media influencers. We do not want to appear in ‘Byron Baes’.”

“It’s a multinational company trying to exploit the town’s name when the community doesn’t want it and think they can just come in and use us as a commodity,” Ben Gordon, who owns cafe The Byron Bay General Store, tells The Age. “They don’t realise they’ve got a big fight on their hands.”

Mayor Simon Richardson told ABC a Truman Show-type portrayal of the town overlooked “a community that is in real stress.”

“…we’ve got a community that has real life issues dealing with housing, work, affordability,” he noted.

“While we are here trying to deal with this as best we can, to have this pamphlet of an idea of who we are without any input by us.”

But he also said NSW filming protocols required councils to facilitate filming in their areas unless there were exceptional circumstances, such as traffic management or crowd control issues.

Que Minh Luu, Netflix’s Director of Originals in Australia, recently told ABC, people love to judge Influencers, but the show would show another side.

“What I would love our audiences to take away from is a sense of… don’t we all kind of fake it online? Don’t we all curate what photos we put online? We’re actually a lot more connected to this group of people than we thought… it’s acknowledging that everyone has depth, everyone has some kind of story. It’s embracing that rather than judging it,” she said.

Byron Bay recently featured in Nine’s Travel Guides, while nearby Brunswick Heads was the setting for SeaChange in 2019.