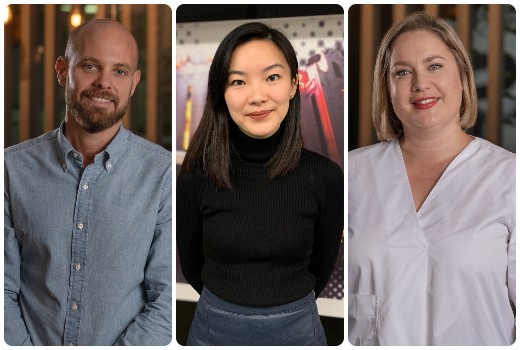 Fremantle has announced three appointments to their creative development teams in Sydney and Melbourne.

The Heights co-creator and showrunner Warren Clarke steps into the role of Head of Development – Scripted, joining from Matchbox Pictures. He helped develop projects including Secret City, Wanted, Hyde and Seek and was the Script Producer for Oddlands and Mustangs FC. Clarke will report to CEO Chris Oliver-Taylor.

“Fremantle has long been a creative powerhouse both domestically and internationally and I’m delighted to be joining their highly talented scripted team. I’m looking forward to collaborating with the industry’s leading writers and emerging creative talent and utilising Fremantle’s vast international network to take brilliantly crafted Australian stories to the global television landscape,” Clarke said.

Monique Keller becomes Development Executive – Unscripted, joining from Audible (Sydney) where she commissioned factual, entertainment and scripted content including podcast Nut Jobs by Marc Fennell, Australia’s Funniest Stand-up and Winding Road. She has worked with Amazon Studios and Double Feature Films on titles including The Dressmaker, Manchester by the Sea, Late Night, Cold War, Gleason and City of Ghosts. Keller will report to Jonathon Summerhayes, Director of Unscripted.

“I’m thrilled to have joined the Fremantle family. Having worked with the team in my previous role at Audible, I’m excited to be able to work alongside some of the best creative and production brains in the business. It’s an exciting time for content in Australia and New Zealand and my focus will be on developing a slate of bold and ambitious documentary, factual and entertainment stories for the streaming market,” she said.

Nikki Tran joins in a newly created position as Development Assistant – Scripted based in Melbourne. Her credits include Can You Hear Me?, comedy Girl, Interpreted and comedy-drama webseries Fresh! which screened at the LA Film Festival and New York City Web Festival. Last year she was part of the inaugural Film Victoria Screen Development Internship. She will report to Warren Clarke.

“I’m excited to be supporting new voices and stories as part of an impressive creative team with a wealth of experience,” said Tran.