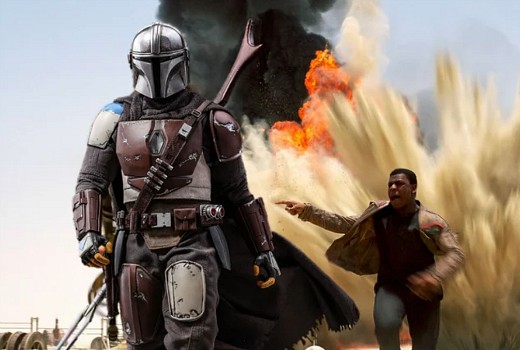 An earnings report stated there were 26.5 million subscribers by the end of December, far exceeding the 20 million estimate that analysts had predicted.

The company originally estimated it would earn between 60 and 90 million subscribers by 2024. With more than 28 million subscribers, and bigger global expansion coming in the next few months, Disney is already tipped to fly past those original estimates much sooner.

Disney+ has made a good portion of Netflix’s 60m US subscriber base, and officially surpassed the number of HBO Now’s 8m subscribers. Disney also recorded gains in subscribers for its two other streaming services, Hulu and ESPN+.

Meanwhile The Mandalorian may introduce new heroes and villains who will star in their own spinoff shows.

Iger said the company is exploring “the possibility of infusing [The Mandalorian] with more characters and taking those characters in their own direction in terms of series.”

With The Rise of Skywalker being the lowest grossing of the three most recent Star Wars features, the small screen is now the franchise’s focus.

In addition to The Mandalorian (due again in October) will be a series based on Cassian Andor, a Rebel captain played by Diego Luna, who was first seen in Rogue One, as well as a series centred on Obi-Wan Kenobi.