Valentine’s Day is a few short weeks away and it’s unsurprising that Netflix is dipping its toes back into the dating scene. A year on from the first series Dating Around, Netflix will be hoping to find even more popularity with Love Is Blind.  Below is everything we know about the reality dating Original series Love Is Blind.

Love is Blind is an upcoming Netflix Original reality dating-show produced by Kinetic Content. Upon release, Love Is Blind will be the third dating series released under the Original banner. With networks such as MTV, ABC and Lifetime finding huge success with reality dating shows, it comes at no surprise that Netflix continues to wade into the ever-growing ocean that is reality tv.

What is Love Is Blind?

For anyone who has seen the reality series Blind Date or Married at First Sight will know how a series like this will work.

Rather than hiding three contestants behind a screen, two lucky singles will go on dates but will not be able to see each other until the pair are engaged. Once engaged, the blindfolds come off and they will see who their new beau is for the first time. The cameras will then follow the couple as they try to match a physical relationship to the emotional bond they’ve formed all the way to mere days before they are due to be wed.

The concept is very similar to Married at First Sight, the popular Lifetime reality series. A major difference between the two series is the fact that Love Is Blind doesn’t have the couple marry before meeting each other, giving the couples the option to back out of the series before tieing the knot.

Nick and Vanessa Lachey will be the hosts of the Love Is Blind. The pair have been married since 2011, and each has had great success in their own respective careers.

Vanessa Lachey found success at a young age after being named Miss Teen USA in 1998. Throughout her career, Vanessa has worked as a fashion model, beauty queen, tv personality, actress and most recently a television host. Many will recognize her for work on Entertainment Tonight and the host of Total Request Live on MTV.

Better known in the US, Nick Lachey was apart of the multiple platinum-selling boy-band 98 Degrees. He was famously married to Jessica Simpson between 2002 and 2006 and starred in the reality series Newlyweds: Nick and Jessica. 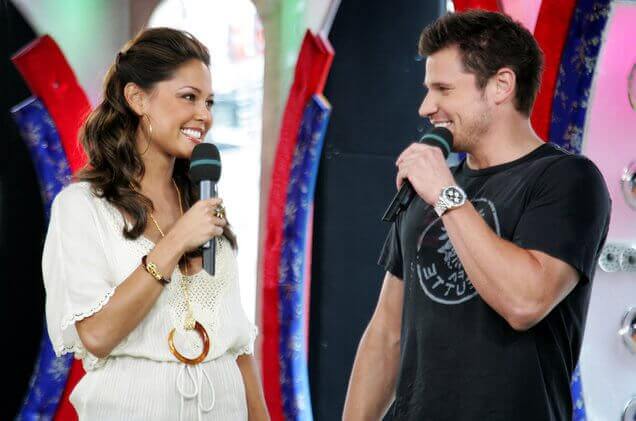 It has been confirmed that Love Is Blind will be coming to Netflix on February 13th, 2020!

How many episodes will Love Is Blind feature?

The first episode will have a total of ten episodes. As the series has been confirmed for serialization, this means that episodes will be released weekly rather than all at once.

It’s unclear how long each episode will run, but we’d imagine that episodes will have an approximate run time of 45 to 60 minutes.

Has Netflix released a trailer for Love Is Blind?

We’re still waiting on a trailer for Love Is Blind but expect to see something soon!

Are you looking forward to the release of Love is Blind? Let us know in the comments below!