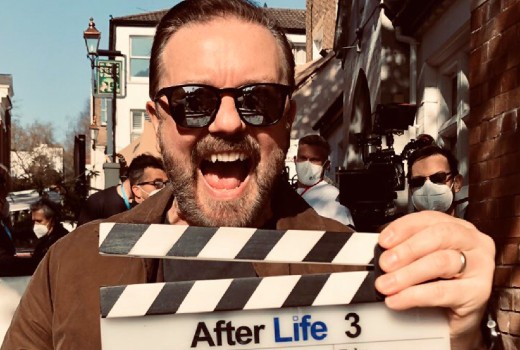 Netflix has announced that Season 3 of Ricky Gervais comedy After Life has started shooting.

Set in the small, fictitious town of Tambury, the comedy-drama series follows Tony (Gervais), a writer for the local newspaper whose life is upended after his wife dies from cancer. Produced by Derek Productions, the third season forms part of an overall deal Gervais has with Netflix.

The six-part series is created, written, and directed by Gervais. Charlie Hanson is the producer and Gervais and Duncan Hayes are executive producers.

An airdate is yet to be announced.