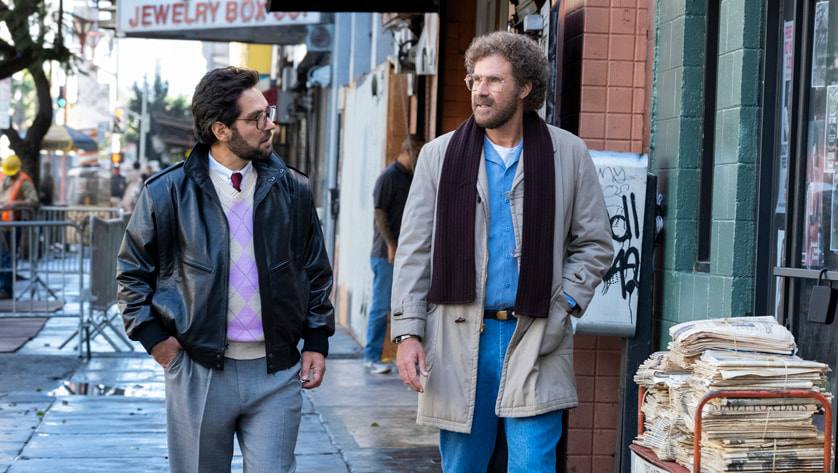 Apple on Thursday released the first episodes of its latest original series, The Shrink Next Door. The dark comedy-drama limited series, available on Apple TV+, stars Will Ferrell and Paul Rudd.

The series is based on a true story about Marty Markowitz (Ferrell) is controlled and abused during decades of manipulation by therapist Ike Herschkopf (Rudd).

Inspired by true events, “The Shrink Next Door” details the bizarre relationship between psychiatrist to the stars Dr. Isaac “Ike” Herschkopf (played by Paul Rudd) and his longtime patient Martin “Marty” Markowitz (played by Will Ferrell). Over the course of their relationship, the all-too-charming Ike slowly inserts himself into Marty’s life, even moving into Marty’s Hamptons home and persuading Marty to name him president of the family business. The series explores how a seemingly normal doctor-patient dynamic morphs into an exploitative relationship filled with manipulation, power grabs, and dysfunction at its finest. The series also stars Kathryn Hahn as Phyllis, Marty’s younger sister, and Casey Wilson as Bonnie, the wife of Dr. Herschkopf.

The first three episodes of The Shrink Next Door premiered on November 11. The rest of the episodes of the eight-part limited series will be released each week.

Apple TV+ is available on the Apple TV app in over 100 countries and regions, on over 1 billion screens, including iPhone, iPad, Apple TV, iPod touch, Mac, select Samsung, LG, Sony and VIZIO smart TVs, Amazon Fire TV, and Roku devices, Chromecast with Google TV, PlayStation and Xbox consoles, and at tv.apple.com, for $4.99 per month with a seven-day free trial. For a limited time, customers who purchase a new iPhone, iPad, Apple TV, Mac, or iPod touch can enjoy one year of Apple TV+ for free. This special offer is good for three months after the first activation of the eligible device.