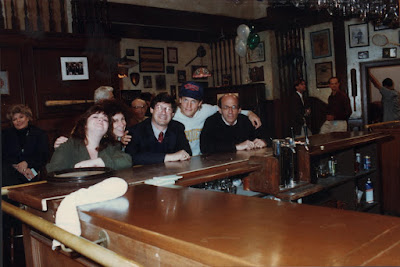 Friday Questions are just a scroll-down away.

I’m honored that radio legend,Tom Leykis has the first one.

I have a question for discussion and I think there’s no one better to ask.

Just as you enjoyed Parasite, I have recently seen some amazing TV comedies that all have one thing in common with Parasite: none of them were made in the United States.

Through the magic of streaming, I have been delighted at the quality of shows like Fleabag, Catastrophe, Motherland, Episodes (England) and Kim’s Convenience (Canada). There are so many of them that I can’t remember them all!

Do you enjoy any of these shows? Why can other countries make shows like this, but US studios apparently can’t (or won’t) anymore?

I’ll hang up and listen.

I like most British comedies. FLEABAG and EPISODES are way better than the current U.S. fare (it pains me to say). And among my all-time favorite sitcoms are three from the U.K. – COUPLING, FAWLTY TOWERS, and BLACK ADDER.

So why are international comedies better than ours? The short answer is that foreign showrunners aren’t subjected to the insane level of network and studio interference. And testing.

And unlike here, where networks are just chasing Millennial writers hoping to get a Millennial audience (that has already abandoned them and is never coming back) foreign TV networks and platforms welcome age and experience. Who knew that writers over 40 were still funny and knew their craft?

My sense is international broadcasters are open to trying new things. American broadcasters operate solely out of fear.

Tonight I watched ‘Arthur’ (the 1981 original starring Dudley Moore). Writer Steve Gordon was nominated for an Oscar and deservedly so. However, the writing strikes me as a bit *too* perfect, at least by modern standards. What I mean is, characters constantly toss off sparkling banter that I find way too sharp and clever to be believable. Hobson the butler is especially witty, almost supernaturally so. Every time he opens his mouth out comes the perfect stinging quip (John Gielgud won an Oscar for the performance). Yes it makes me chuckle but it also takes me out of the movie. Nobody speaks like that in the real world and it strikes me as artificial. Do you think that’s a fair criticism, or am I putting too much value on “authenticity”?

I think you are. The dialogue is stylized but so is Edward Albee’s, and Aaron Sorkin’s, and Neil Simon’s, and Paddy Chayefsky’s, Larry Gelbart’s, Quentin Tarantino’s, Woody Allen’s, and on and on.

It’s a creative license to elevate the experience.

The trouble comes when the writing is bad. Then the fact that it’s stylized exacerbates the badness.

Personally, I love ARTHUR and love that the dialogue crackles. And that seems to be a lost art in today’s romcoms. Studios are more concerned with mounting a movie that can score overseas and clever dialogue doesn’t always translate globally.

It’s another reason why I now write for the theatre and not the silver screen.

Any other stories of famous people as bar extras?

Well, the most famous of all was my father, Cliff, who appeared in a number of episodes.

We tried not to have any celebrities who would be recognizable so they wouldn’t distract from the story.

But some notables included a Hall-of-Fame sportswriter named Allan Mallamud. He joined the barflies several times. The man who hired me for my very first radio job as a sports intern at KMPC, Steve Bailey, bent elbows with the gang.

Warren Littlefield, then-NBC president appears once, and the final season all of the writers show up one time or another. I’m in the final Bar Wars episode.

And finally, from Chris Gumprich

Are there any actors who, if they came to you with a new project, you would agree to sight-unseen, just because you trust the actor implicitly? Conversely, are there any that you would turn down flat, even if you enjoy working with them as an actor?

Obviously I don’t expect examples, and I don’t mean someone like Roseanne who isn’t likely to approach you with a new project, but someone like an actor from Cheers who asks you to work on the remake of The Tortellis.

There are actors I would consider doing a project with, but I’d have to be on board as to what that project is. Especially if I’m the one in the writing room until 2 AM fixing the scripts.

And yes, there are actors I would have nothing to do with regardless of their talent, star power, influence, popularity, etc. I won’t name names but you know who you are, Rosanne & Bret Butler & Cybil Shepherd & Teri Hatcher (among others).

Come join me in San Pedro tomorrow night at the Little Fish Theatre for the Pick of the Vine Festival and Sunday night in Santa Monica at the Ruskin Theatre for their one-day play festival.  And if you’re in San Juan Capistrano this weekend, I have a play in the Camino Real Show Off Festival.  Come see it and enjoy one of the prettiest towns in America.
Source: Ken Levine