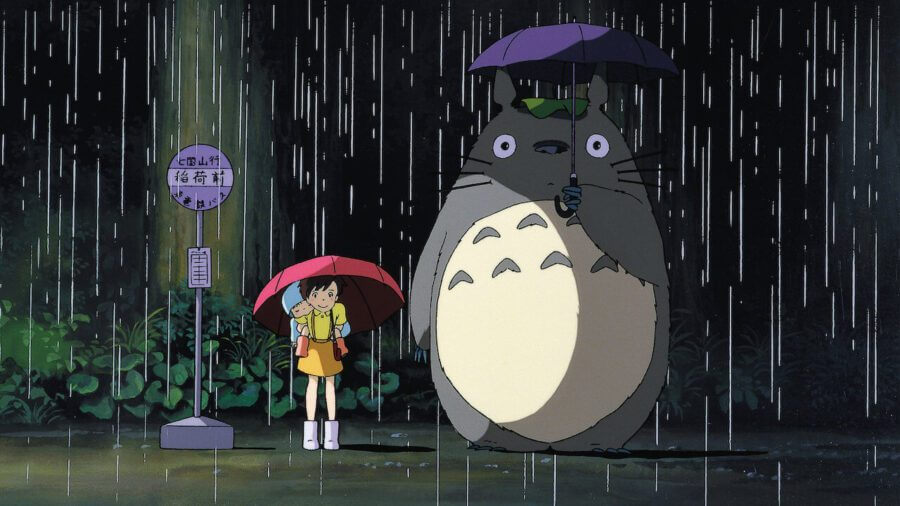 Remember, this only applies to Netflix regions outside of the US and Canada, who will not be receiving any of the Studio Ghibli titles until the release of HBO Max.

Here are all the Studio Ghibli titles coming to Netflix on February 1st, 2020:

The very first of Studio Ghibli’s beloved library, Castle in the Sky is one of the most influential anime films of the 1980s. Castle in the Sky is credited for inspiring an entire generation of creative minds, and arguably paved the way for all of the future success of the highly acclaimed studio.

Sheeta, a 13 year-old-girl is fleeing from Pirates and the Government who are trying to steal her crystal. While on the run she falls from the sky and is caught by an orphan by Pazu. Learning her predicament, Pazu helps Sheeta in her search for her identity and the crystal’s mysterious connection to the Laputa, the castle in the sky.

The fourth film of the Studi Ghibli filmography, Kiki’s Delivery Sevice still stands the test of time and one of the most enjoyable anime films of the 1980s.

When a witch-in-training turns 13, they must leave home for a year and learn to live on their own. Kiki, headstrong but a little naive learns that fitting into her new community is harder than she thought. To help live in her town of Koriko, Kiki takes to the sky and sets up her own delivery service.

The year 1988 was a huge year for Studio Ghibli, the heart-breaking tale Grave of the Fireflies was released and so was the iconic My Neighbor Totoro. One of the most iconic and popular anime characters ever, Totoro is hugely influential for the growing popularity of anime in the west in the late 1980s. Still an anime icon to this day, the popular anime film has mode over a $1.5 billion in merchandise in its lifetime.

10-year-old Satsuki and her 4-year-old sister move to the countryside with their father to be closer to their hospitalized mother. While playing in the local forest, the young siblings soon discover the woods are inhabited by magical creatures.

In terms of popularity, Ocean Waves isn’t the most renowned Studio Ghibli film but isn’t lacking in quality by any means. Based on the novel of the same name by Tomomi Mochizuki, if you love Slice of Life stories then Ocean Waves will be perfect for you.

Returning home from his first year away at college, Taku Morisaki reflects upon his final year at high-school and the transfer student Rikako Muto who turned his world upside down.

The fifth film by Studio Ghibli, Only Yesterday is based on the manga of the same name by Hotaru Okamoto and Yuko Tone. A truly wonderful story, Only Yesterday has been hailed for its realism and excellent drama, earning itself a deserved 100% on Rotten Tomatoes.

After spending her entire life in Tokyo, Taeko Okajima takes a trip to the rural countryside to visit the family of her brother-in-law. While traveling, Taeko begins to reminisce about her childhood and her memories as a schoolgirl in 1966.

What was once tipped to be only a short-in-flight film for Japan Airlines, Porco Rosso morphed into the full feature-length film as we know it today. Excellent visuals and an equally fantastic soundtrack you’ll get lost in the skies with the ace fighter pilot.

In the years since his service in WWI ended, ex-fighter ace Marco Pagot now spends his days freelancing as a bounty hunter, chasing air pirates in the Adriatic Sea. A strange curse has left Marco as an anthropomorphic pig, earning himself the nickname ‘Porco Rosso’.

While Tales From Earthsea aren’t spoken of in the same breath as Spirited Away and Howl’s Moving Castle, it is still easily one of the best anime films of the 2000s. Through stunning set pieces that bring the world of Earthsea to life, this breathtaking modern classic can be enjoyed by all anime fans.

The once peaceful and prosperous nation of Enlad is thrown into chaos with the appearance of dragons. A powerful and wise mage Ged, accompanied by the young Prince Arren set out an epic adventure to restore balance to the world.

List of Studio Ghibli films yet to be released

The following films will be coming to Netflix on March 1st:

The following films will be coming to Netflix on April 1st:

What Studio Ghibli movie are you looking forward to watching on Netflix most? Let us know in the comments below!