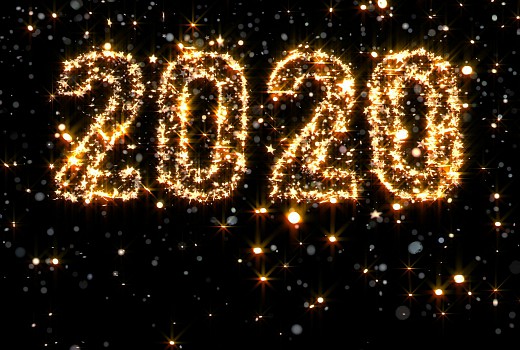 Happy New Year, hope you had a great night and a safe one given the situation around the country. Allow me to distract you from the toils of news with some entertainment choices and a look ahead to the year in TV.

Stan kicks things off with the first new Aussie drama of the year today, The Gloaming. Emma Booth & Ewen Leslie lead this mystery which plummets Tasmania back into winter, Scandinoir style. Worth a look.

Netflix also unleashes its wild reality format The Circle with a bunch of overt young Americans -you’ll either love or hate this, there isn’t much in between. I’m also enjoying first eps of Messiah by Aussie Michael Petroni which drops today… review to come.

Tomorrow Jodie Whittaker returns in a new season of Doctor Who. “Spyfall Part I” is hot off the BBC satellite. You can see it on iview from 6:55am tomorrow. Subsequent eps should be on iview each Monday but won’t screen until 8pm Thursdays if you want to wait for the hi-res. Dracula, from former Who-showrunner Steven Moffat, infests Netflix from Saturday.

On Sunday 10 is back into the jungle with Julia Morris, Chris Brown and a bunch of new celebs. This is the earliest I’m a Celebrity Get Me Out of Here has ever launched. Then on Monday it’s game on for Sunrise v Today as Karl Stefanovic & Allison Langdon take on David Koch & Sam Armytage. Expect much noise while you are still enjoying your summer break.

Monday is also the Golden Globe Awards, Live from 12pm AEDT on Arena. Marry Me Marry My Family returns to SBS next Tuesday.

The Australian Open follows from January 20 and big reality shows will follow from around February 3. Married at First Sight is again the one to beat. Official OzTAM ratings are not with us until February 9.

The year is noteworthy for the Tokyo Olympics which screen on Seven for two weeks from July 24. Unlike Rio, timezones will be extremely favourable for Aussie primetime. All other networks will be forced to programme around this period with either “alternate” entertainment or just treading water. Seven will promote the hell out of post-Olympic programming so expect big guns blazing in August, including the expected new take on Big Brother.

In 2020 we also get a bunch of big talent shows filming in new studio spaces, a new-look MasterChef Australia and My Kitchen Rules, David Speers on Insiders, Informer 3838 as the first of two expected drama on Lawyer X, 35 years of Neighbours, another Pilot Week, double Australian Survivor, and Michael Portillo (finally) on Great Australian Railway Journeys.

Sunday marks another milestone for the blog and the winners of the annual TV Tonight Awards will be published next week.

You can still vote for both the TVT Awards and Show of the Decade survey until Friday!