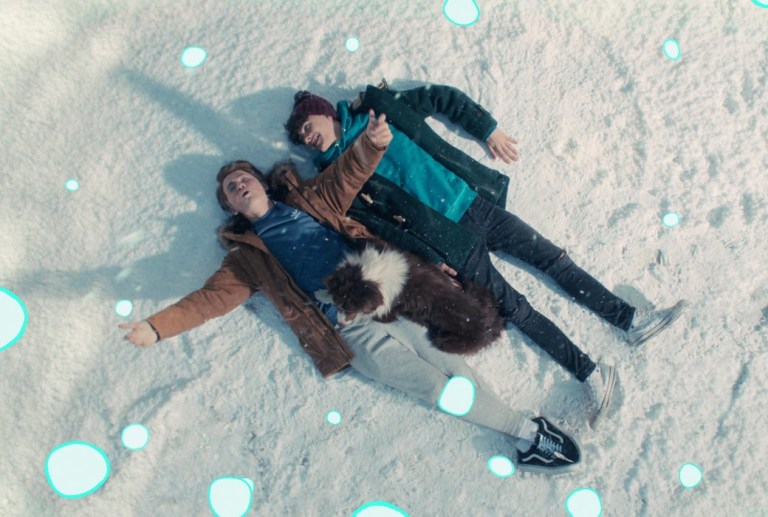 Young producer Patrick Walters saw so much of himself in the Heartstopper graphic novels that he took a photo of himself aged 17 years old when he went to pitch for the rights with creator Alice Oseman.

“I self-identified with ‘Charlie’. I thought, ‘He’s just like me. I was that sort of slightly anxious, dark, curly-haired 17 year old who was constantly overthinking, and quite shy..’ But I also knew who I was in some ways,” he tells TV Tonight.

“I showed her that picture and I was like, ‘I love Charlie Spring and I feel memories of my teenage years are in this character, and it would just be such a joy to go on this journey with you!’

“We just hit it off really, so it became quite easy to champion it. It’s always been something that’s been second nature, because it’s such a beautiful project. If you enjoyed the watching of it, that’s as much as we enjoyed the making of it. Everyone came to it with such love and passion and devotion.” 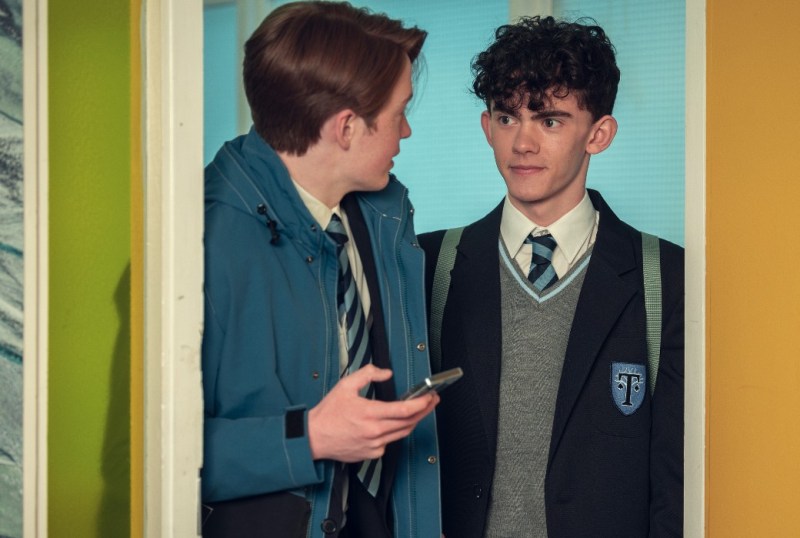 Since launching on Netflix in April, the 8 part LGBTQI+ series has become a 2022 smash-hit, reaching Netflix’s Top Ten list in 54 countries. The series flew to the top of Variety’s Trending TV chart in the week of its release with 1.05 million engagements on Twitter, staying there for four weeks, with a #heartstopper amassing over 4.3B views on TikTok.

“It’s just been the most joyful, life-changing process”

It’s all slightly over-whelming for Walters as his first slate project with Australian-UK producers SeeSaw Films.

“Heartstopper is the first of my shows to get picked up and be made and it’s just been the most joyful, life-changing process. I feel so incredibly lucky, I can’t tell you. I love the graphic novels it’s based on so much. I’m a gay man with feelings of wanting to be represented in the TV shows that I see. So when I first read the graphic novel as it was published, I was like, ‘Wow, I’ve never seen this before. This is so emotional. It’s about young gay love and I feel so happy having read it,’” he continues.

“The reception it’s had has sort of taken me by surprise a bit, because it just felt like this little show that we all loved. Everyone who was part of making it loved it so much. But it felt kind of small and precious and now it’s had this great reception.” 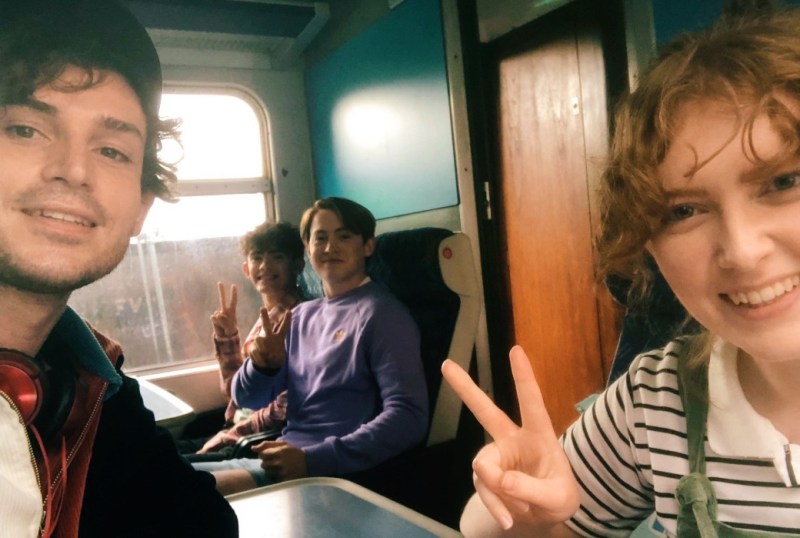 Walters and Oseman took the project to Netflix’s kids and family division to position the show for a younger, gay demographic.

“I was really aware I’d never seen a kind of positive representation of young queer love for tweens and young teenagers. It’s always felt like those shows are older teenagers / adults, really. But I’d seen lots of younger straight romances between 14-15 year olds. So we thought it was really important that this was seen by a young audience,” he explains.

“We had always put Netflix as our number one, because we knew that they could go into 190 countries instantly, into all of the devices of young Gen Z audiences that we wanted. So we were fixated that it should be Netflix because it just felt like a really perfect fit. So it was really nerve-wracking!”

Netflix execs Dominique Bazay and Alexi Wheeler jumped at the idea, including with Oseman as a first-time screenwriter. Walters admits he was nervous as to how that pan would work out.

“I was actually in Australia when she sent me the first draft of Episode One, which was the first script she’d ever written. And it was fantastic. I remember opening it, I was really, really nervous. Because if, for whatever reason screenwriting wasn’t her natural medium, it was going to be tricky,” Walters recalls.

“But I knew from the first page it was going to be exceptional, because she’s just got such a brilliant, authentic way of writing teenagers. The dialogue was brilliant, and it was really moving and I just smiled through each page.” 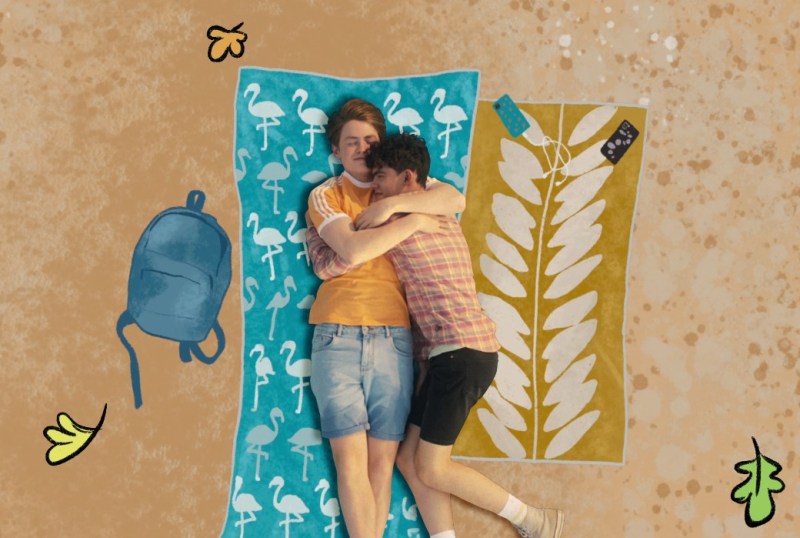 Plans to film in 2020 were pushed back to 2021 due to the pandemic, but the team struck gold with its young cast, despite key casting taking place over Zoom.

“Joe Locke (Charlie) is such an exceptional actor and he’s such a nice young man. He’s from the Isle of Man so, I think it’s safe to say, life’s totally changed since we the first time we met him. He’s now presenting at the BAFTAs and wearing brilliant outfits and I hope having having the time of his life. It certainly feels that way. He’s just utterly lovely and authentic in that role,” he says.

“He first auditioned with a self tape. He just did a little kind of conversation to the camera, saying, ‘This is who I am, I go to school in the Isle of Man and this has been my experience at school.’ He was so Charlie-esque and I remember thinking, ‘Oh, my God, this could be this could be our guy!’

“Kit Connor (Nick) had auditioned for Charlie, and while he didn’t feel like Charlie, he was so exceptional in that tape, that we were like, ‘Wow, this actor can really do it, but are they maybe more of a Nick?’ So we always knew Kit was someone we really wanted to be in the show.”

Both actors also tested together for the first time on Zoom.

“They’d ever met each other before, never spoken to each other, but they read together over Zoom and it was genuinely so emotional. They were so good. There was a kind of electricity to it, even despite the Zoom.” 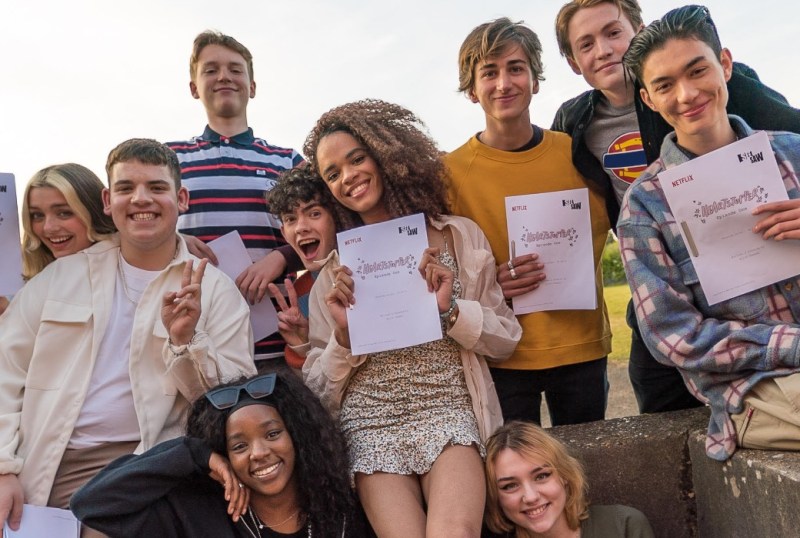 The series has been renewed for two more seasons (filming dates are yet to be confirmed) with storylines to draw upon further volumes of Oseman’s graphic novels. They will also maintain the inclusive colours of the rainbow from the Heartstopper universe, set around Truham Grammar School.

Walters says embracing all of the LGBTQIA+ family was pivotal to the show’s success.

“I’m a gay man, but I feel such kinship with trans people, bisexual people, asexual people and that sense of family and belonging is super-important and super-meaningful. It should be celebrated. It’s not that we’re all just banded together. We’re not box-ticking. There’s a friendship and intimacy and acceptance, that straight people don’t have. I love being part of the LGBTQ+ family and I think if Heartstopper can show young audiences ‘Hey, this isn’t something to stress about… I might be gay, I might be bi, I might be this….’ it’s a journey that you take your own pace,” he insists.

“You do it however you want to do it, but all around you, you’ll have like a family of people cheering you on and it’ll be okay. It’ll be more than okay. It’ll be fun. Exciting.

“I think that’s the message in Heartstopper that feels different and groundbreaking.”

Heartstopper is now screening on Netflix.