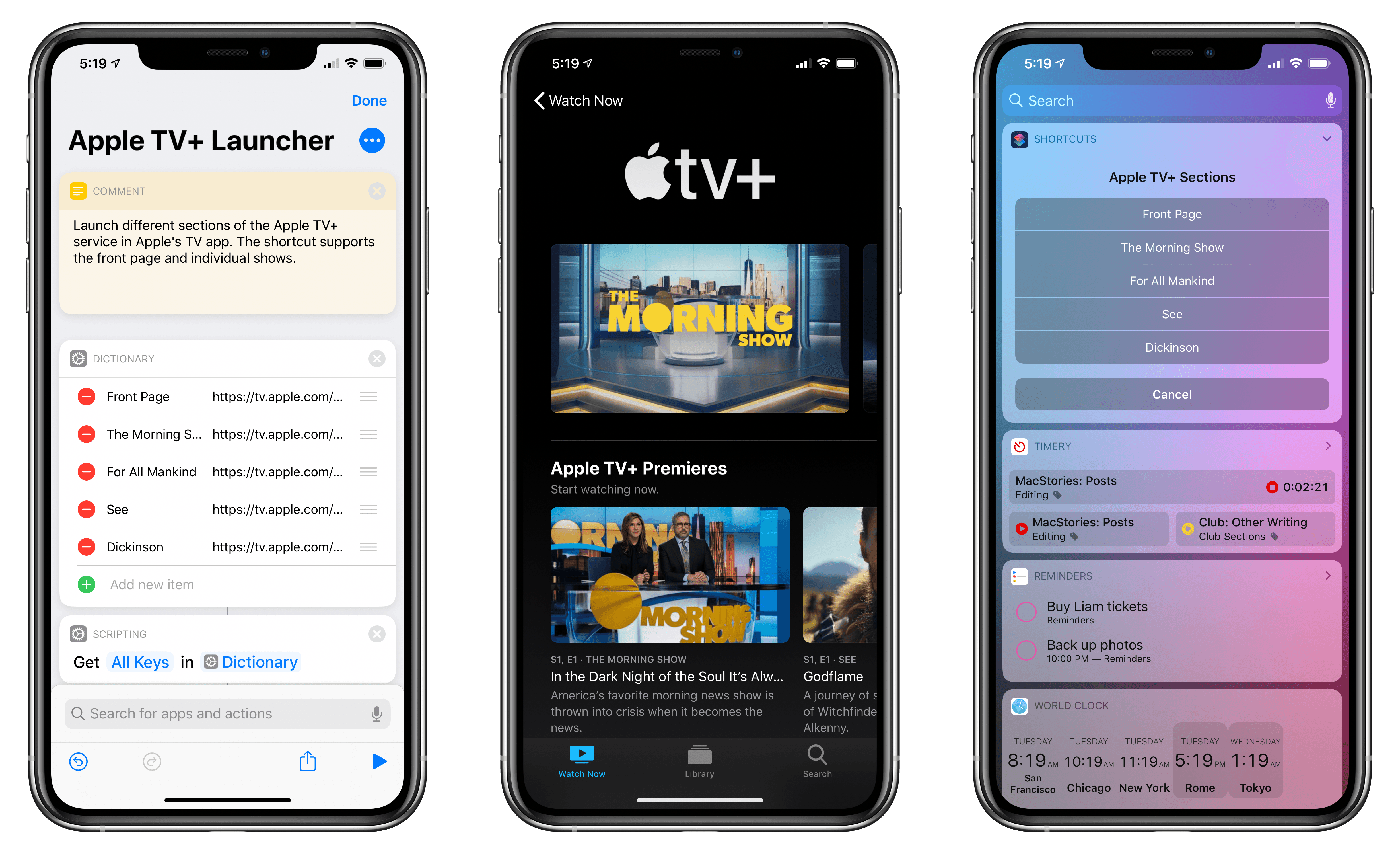 Update, November 7: The shortcut has been updated with links to all currently announced Apple TV+ shows. You can find the updated download link below and in the MacStories Shortcuts Archive.

I was listening to the latest episode of Upgrade, and, among several fair points about the shortcomings of Apple’s TV app for iPhone and iPad, Jason Snell mentioned an issue that stood out to me: if you don’t know where to look, it can be hard to tell where exactly the Apple TV+ service lives inside the Apple TV app. This sentiment was echoed earlier today in this article by Benjamin Mayo at 9to5Mac:

Apple has made very few changes to the TV app design and feature set to accommodate the TV+ launch. TV+ is shoehorned in as just another source of content with very little consideration. With other streaming services, if you want to commit to their world and explore everything they have to offer, you can just open the dedicated app and never touch the TV app. With TV+, that’s simply not possible.

There is a channel section of the TV app that is dedicated to TV+ content — but it’s far from perfect. Finding the TV+ section requires a lot of scrolling, meandering past several screens worth of Watch Now recommendations for everything in the iTunes catalog.

I’ve been watching The Morning Show over the weekend (which I surprisingly liked a lot; I’m going to start For All Mankind and See next), and even though I’m used to the TV app’s quirks by now, I recognize that its navigation should be improved. And in particular regarding the new Apple TV+ service, I do believe that it’s somewhat buried in the TV app experience – by default, Apple doesn’t offer a single, easy way to open a “page” with Apple TV+’s complete catalog. So, I had to figure out a solution on my own.

This morning I had an idea: if you have an Apple Music link, you can replace its https portion with music and the linked content will open directly in the Music app instead of launching Safari, then redirecting you to the Music app. This is possible because Apple Music is a largely web-based experience: the native app on iPhone or iPad is capable of opening individual items by simply referencing their web links. This system has allowed Apple to port Apple Music to Android and, most recently, the web. What if Apple used a similar approach for Apple TV+ content and the TV app, allowing every web link to be opened directly in the app, thus providing a solution to the aforementioned navigation problems?

I’ve done some digging, and my hunch was correct: just like with Apple Music, you can replace the https portion of Apple TV+ content URLs with com.apple.tv to load linked items directly in the TV app without any Safari redirection.

Obviously, I’ve created a shortcut that takes care of all this for you and lets you launch any Apple TV+ section you want with only a couple taps. Called Apple TV+ Launcher, the shortcut lets you launch the Apple TV+ front page, plus individual show pages for The Morning Show, For All Mankind, See, and Dickinson. You just need to pick the section you want to open from a list and it’ll launch inside the TV app for iPhone and iPad.

Allow me to share a few tidbits on this launcher. First, I wanted to have an easy way to launch some kind of Apple TV+ homepage, but I couldn’t figure out where to find its URL – loading tv.apple.com in the TV app wasn’t working. It turns out, however, that the link in the bio of Apple TV’s Twitter account contained, once expanded, the correct landing page parameter to view what Apple currently considers the “front page” of Apple TV+. Right now, it looks like this: 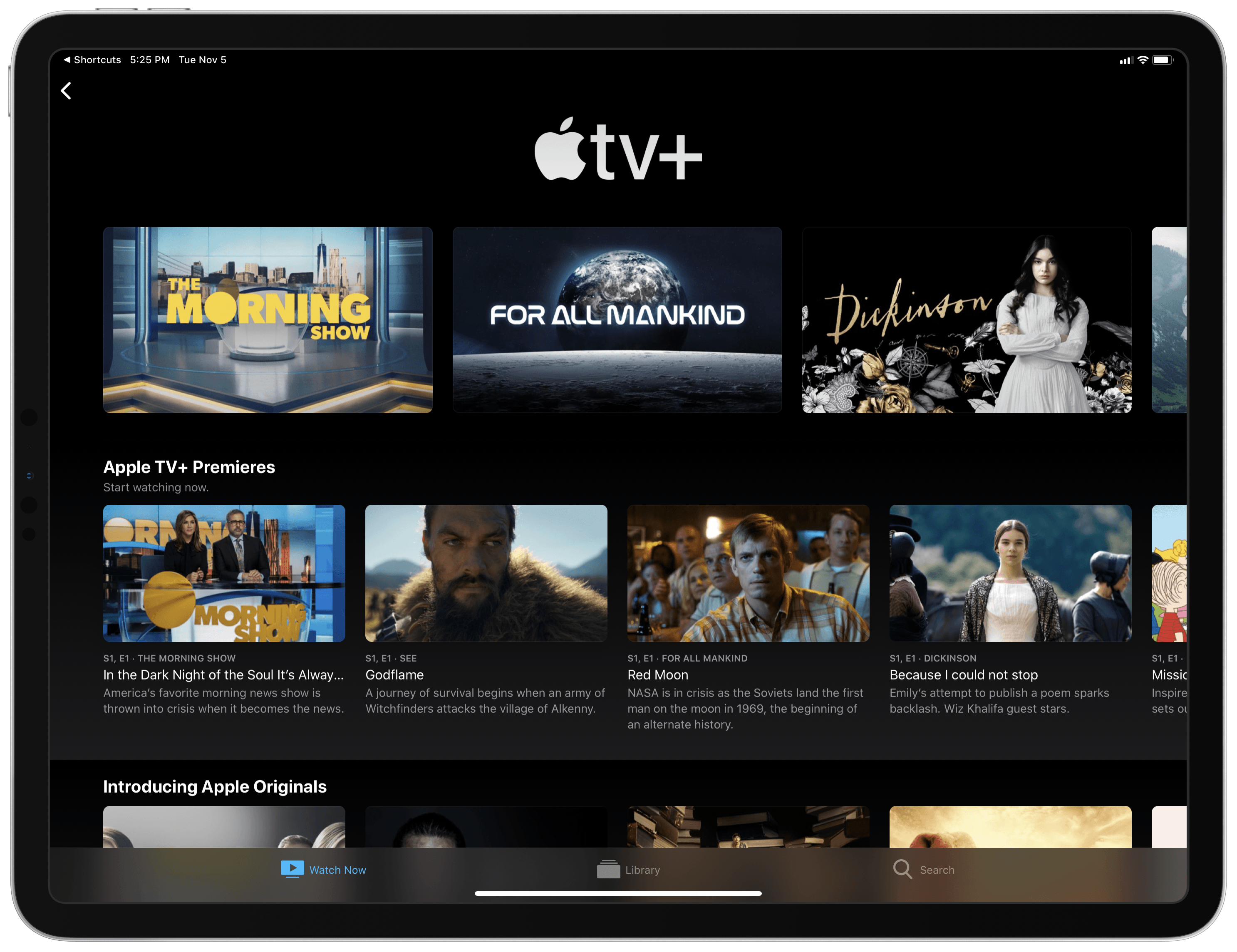 The current front page of Apple TV+ inside the TV app, launched via my shortcut.

Additionally, the shortcut’s default list includes four individual shows, but you can customize it with additional shows or movies. Simply add a new ‘Text’ item to the action at the beginning of the shortcut, give it the name you want, and paste its link in the ‘Value’ field. Finding links for Apple TV+ shows is easy: once you’ve found the show in the TV app, tap the share button in the top-right corner and select ‘Copy’ in the share sheet. Paste the https://tv.apple.com URL as-is at the top of the shortcut, and the app will do the rest for you. Thanks to this system, when new TV+ shows or movies come out and you want to modify the launchers in the list, you can do so in just a few seconds. 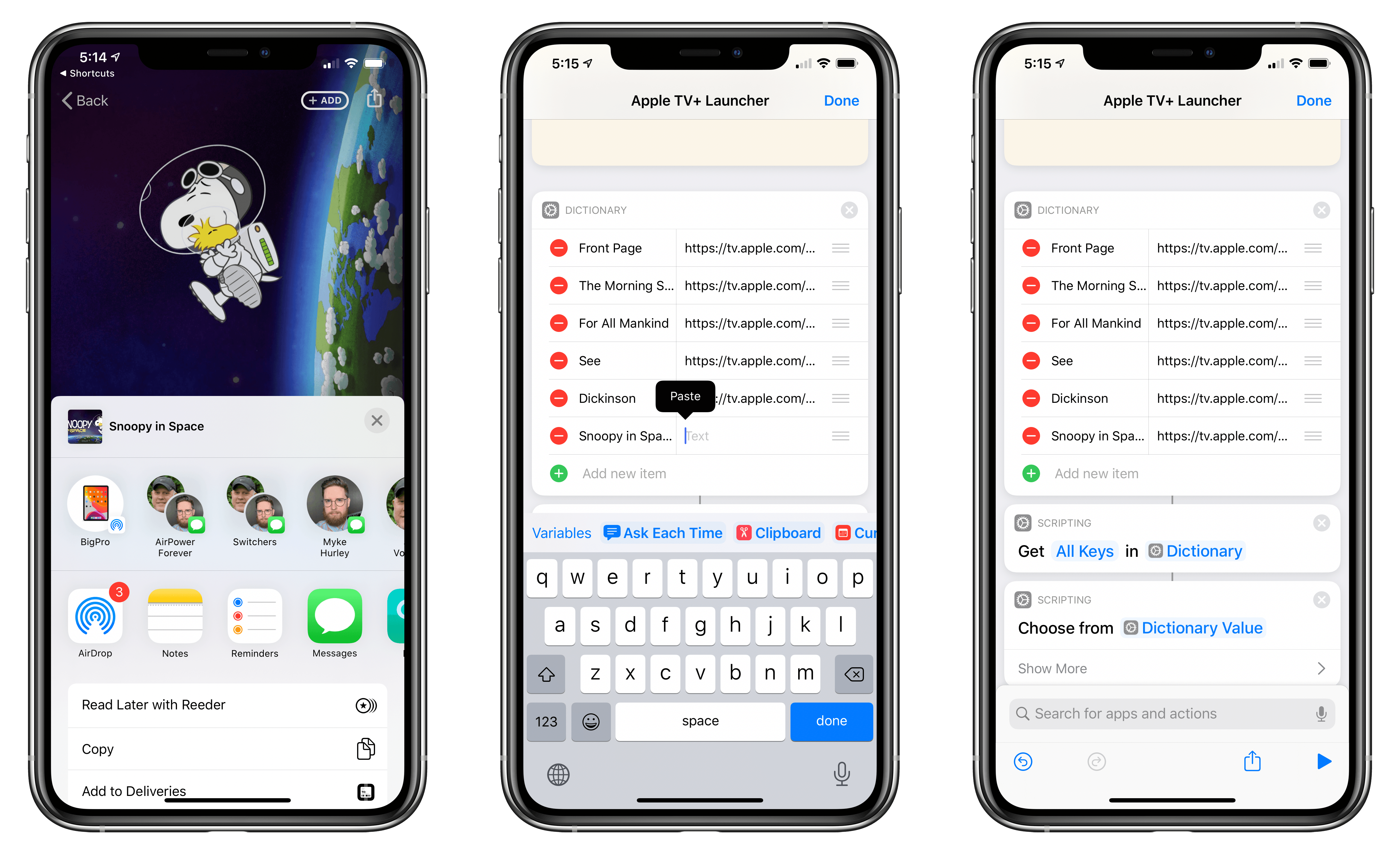 Adding a new TV show to the launcher list.

As is often the case with these workarounds, I want to stress that, ideally, I shouldn’t have to put together a shortcut to work around Apple’s shortcomings. But instead of just complaining about this point, I prefer to act on it and build a solution that can help me (and others) save time on a daily basis.

You can download Apple TV+ Launcher below and find it in the MacStories Shortcuts Archive. 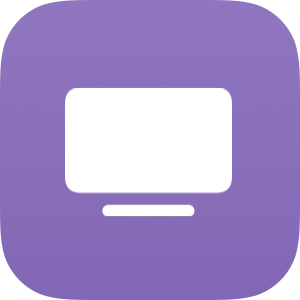 Launch different sections of the Apple TV+ service in Apple’s TV app. The shortcut supports the Apple TV+ front page and individual shows, and can be customized to launch more shows or movies.

Get the shortcut here.