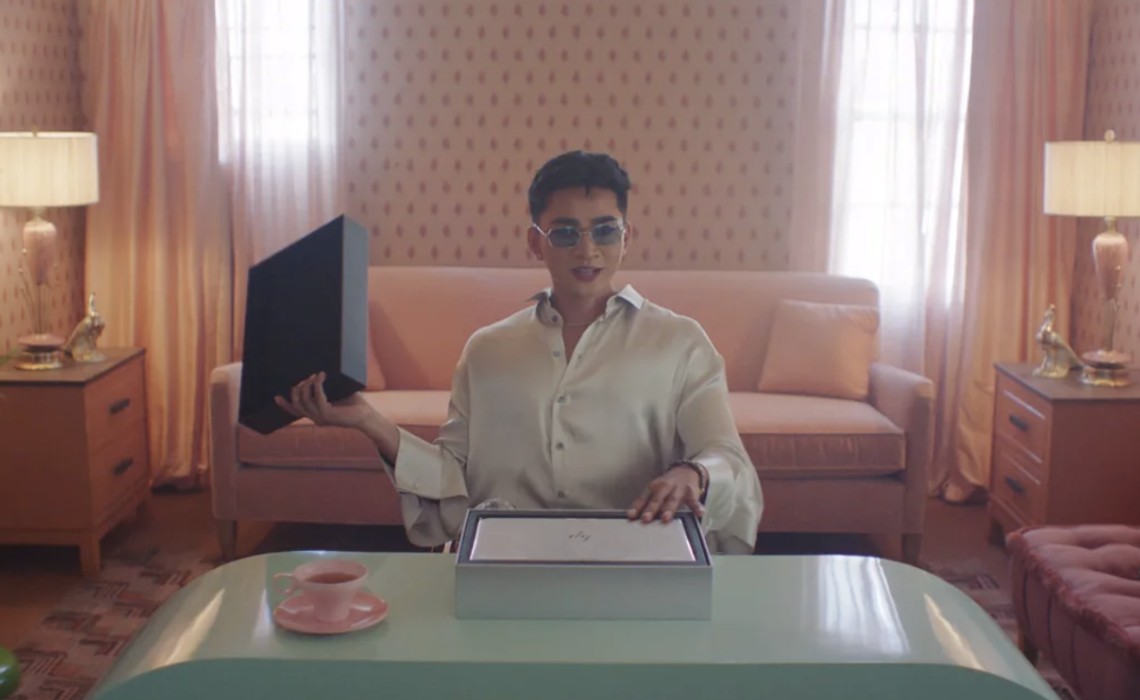 Tech company HP has tapped the wickedly funny Bretman Rock to headline its latest brand campaign, which it has appropriately dubbed — in keeping with Rock’s brash online persona — The Most Fabulous Unboxing.

The campaign is part of a larger HP initiative called Meant To Move, underlining the concept of on-the-go tech, and served to promote the company’s latest laptop, the Spectre x360 13. The campaign culminated with Rock’s video — a riff on the classic unboxing genre of YouTube videos, where shoppers unveil their latest purchases on camera. In addition to the YouTube video on HP’s channel, Rock also shared the clip on Instagram alongside the caption, “She’s light, small, and so ridiculously pretty. Just like me.”

“After launching with a series of successful films, we continued the story with our latest Meant To Move — featuring cameos from top influencers like Bretman Rock,” Chelsea Steiger, the creative director at ad agency FF Los Angeles, said in a statement. “From there, we wanted to embrace Bretman’s authentic personality in order to create a new type of unboxing video in a way that only Bretman Rock could.”

In addition to his work with brands, Rock is currently reading a reality series at MTV, and also recently partnered with What Do You Meme — an adult-aged card game courtesy of a three-year-old startup of the same name — on a limited edition expansion pack.

You can check out the hilarious spot below: