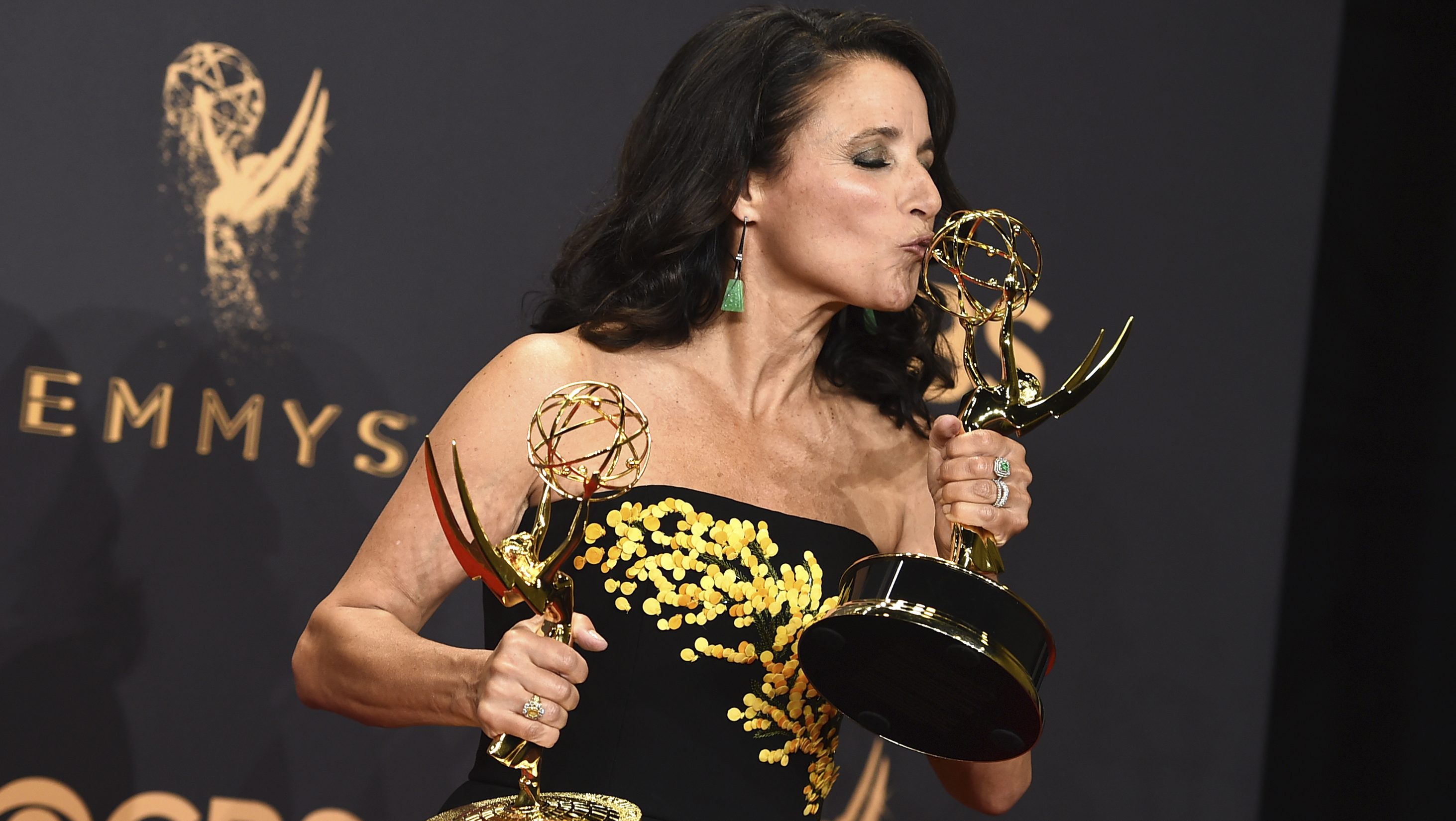 Apple has secured its biggest Hollywood acquisition since it launched a streaming service last year.

Julia Louis-Dreyfus, the star of Seinfeld and Veep, signed an exclusive agreement with Apple TV+ to produce and star in projects for the platform, according to the Hollywood Reporter. Apple reportedly won the bidding war over multiple networks, including HBO, where Louis-Dreyfus made Veep from 2012 to 2019.

The comedy legend immediately boosts Apple’s credibility in Tinseltown. Louis-Dreyfus is tied with Cloris Leachman for the most acting Emmy Awards in history, with eight. (Including her work as a producer on Veep, Louis-Dreyfus has won 11 Emmys, more than any other single human.) The TV shows in which she stars are not only popular, but they also win awards. Apple is hoping the Seinfeld alumna can bring some of that magic touch over to its nascent streaming service.

The move is also a highly symbolic reminder of the rise of streaming. Louis-Dreyfus made her name in broadcast television at NBC (Seinfeld) and CBS (The New Adventures of Old Christine), then enjoyed the next phase of her career in premium cable with Veep at HBO. Now, she’s taking her talents to the streaming world. Her career has roughly followed the trajectory of where the money—and much of the talent—has gone in the TV industry over the last three decades: from broadcast to cable to streaming.

At Apple, Louis-Dreyfus will reunite with former HBO CEO Richard Plepler, who inked a producing deal of his own with the tech company a few weeks ago. According to the Hollywood Reporter, Apple’s talks with Louis-Dreyfus had already begun when Plepler made his deal, but he “is said to have phoned her just before hers closed.”

While Plepler’s presence at HBO may not have made a major impact on Louis-Dreyfus’ decision, it certainly couldn’t have hurt. Plepler greenlit Veep at HBO and was the network’s CEO for the show’s entire seven-season run. He’s also widely recognized as one of the industry’s premier wooers of talent.

Apple has not always been successful convincing big-name Hollywood talent to come work there, however. In September, Star Wars: The Rise of Skywalker director J.J. Abrams turned down a rumored $500 million pact with Apple to work with WarnerMedia instead. Abrams reportedly wanted to ensure his movies were still released in theaters, and that he’d be allowed to work with third-party distributors—Apple could guarantee neither.