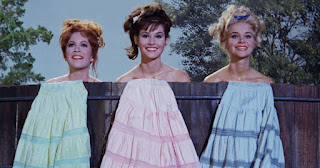 In no order of importance…

Since Pfizer has been fully approved by the FDA you now need to be vaccinated to read this blog.

As if things aren’t scary enough in the world comes this headline from the CNN website:  McDonalds runs out of milkshakes in the UK.

Just give the damn JEOPARDY hosting job to Mayim and be done with it.

Joe Buck got one of the highest ratings of guest hosts.  I’d like to think it’s due to my podcast.  (Okay, I’m the only one thinking that.)

Preston Beckman was also on my podcast, if you’re interested.

THE HISTORY OF THE SITCOM considered EIGHT IS ENOUGH as a situation comedy.  If so, then PETTICOAT JUNCTION was a gripping drama.

It’s a seller’s market if you got a late model car to unload.

I’m still waiting for the movie to come out that would get me back into a movie theatre.

Remember when “Pennant Races” were the thing to watch once you got to the Dog Days of Summer?  Now they’re meh because the team that just falls short gets into the playoffs anyway.  So the real drama comes in the Wild Card races.  And this year’s American League Wild Card chase is the fun thing to follow.  Interesting stat: The Mariners have a run differential of -60 and yet are only 3 games back.

It used to be just billboards for TV shows vying for Emmys.  “For Your Consideration” billboards dotted the LA landscape.  And now, in addition, there are actual commercials on local stations pleading for your votes.

Now I know why Andrew Cuomo was so reluctant to give up his office as NY governor — The TV Academy has rescinded his International Emmy.

Waited an hour for my food at Baltaire in Brentwood, California Tuesday night.  Meanwhile, one of the women from FBOY ISLAND was at the next table and got free champagne.  Her food came right away and she didn’t eat a bite of it.  Why didn’t they screw up her order instead?

Every time I do these “Misc-Take” posts, they’re a tribute to the great Allan Mallamud of the Los Angeles Herald-Examiner and later the Times.

Since Dexter is coming back and was set in Florida, could he stop by the governor’s office?

What I don’t understand is why Paramount + doesn’t show ALMOST PERFECT.  They own it and it’s 34 episodes.  And it’s not like they’ve got a super great library anyway.

The hurricane couldn’t wait until Barry Manilow finished his song?