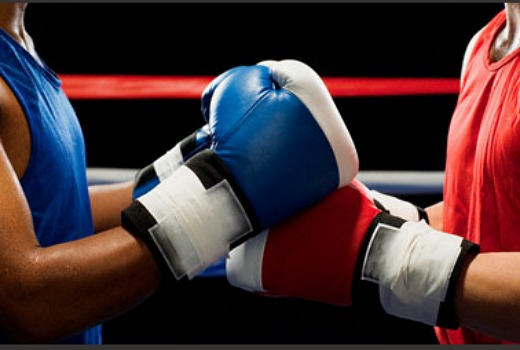 It’s only the second week of the 2021 TV year and already networks are playing hardball -not just on air where viewers expect a clean fight- but behind the scenes too.

Backgrounding journalists on a rival’s ratings performance is happening with regularity in 2021.  Commercial networks are drawing attention to how a rivals’ programming is under-performing -all off the record, of course.

This comes at a time when Free to Air continues to fragment and Streaming platforms invest limited amounts in local content.

While friendly rivalry between networks has long been a characteristic of the Australian market, TV Tonight recently asked each network whether it’s ok to sling mud, or whether it’s better to unite for a common cause?

“I think there are a lot of instances where the networks do work together on things. I end up on calls around policy and all sorts of things with my fellow programmers from other networks. There’s no doubt the Australian market is one of the most competitive markets in the world. Whereas in other markets around the world people work around gentlemen’s agreements to keep shows to a certain length and things like that. … shows don’t overrun each other and those sort of things. It hasn’t worked that way in Australia for a long time. But I think in terms of policy, I think the networks are good at working together. I think you do want healthy competition… that’ll drive better outcomes overall.”

“I think we should be collaborative and be working together to see all boats rise….We made a decision three or four years ago where we all sat down and said, ‘We’re not going to throw grenades. We’re going to report the facts, as we’re entitled to do, to support our shows. But we’re not going to talk about other peoples’ shows, or send information that is putting them down.’ ….People are looking for short term gains, without a view on the long term strategy.”

“We are very much a rising-tide-lifts-all-boats (network). Obviously it’s competitive landscape. But you’ll see just last night, having three competitors instead of one brings more people into TV. That means more people flick around and means more watching all the shows, engaging with our locally-produced Australian content. Yes, I do think we need to work together in some ways. We’re not out as a network to sling mud but we certainly do crow about our successes.

“The streamers, Netflix, Amazon are coming in and they are making a minuscule amount of local content, compared to the amount that we pour into the industry, keeping thousands and thousands of people in jobs. Mudslinging has been a thing in this market for a long time. I don’t know if it’s ever going to go away. But the rising tide lifts all boats. It’s great when people come to Free to Air.”

“I think about this territory, as a kind of microcosm of the world, really. We have all the competitors here…. big streaming services and studios, all with massive budgets. I think all the Australian-based networks, see that as the competition. But equally, we’re all carving out the value that we can bring audiences. So while there might be a kind of public ‘friendly rivalry’ between us, we’ve got to (cut through) all of that noise, and make sure that we’re connecting with audiences. But behind the scenes, I’ve been on conference panels, in SPA and AFTRS meetings with all my colleagues from other broadcasters.

“It is a bit of a cliche, but it’s true that we really want to tell great Australian stories”

“We all have the same, I guess, ambition and it is a bit of a cliche, but it’s true that we really want to tell great Australian stories, nurturing great Australian talent, whether that’s on camera, or behind the scenes. Writers, producers, directors, etc. and diversity is at the heart of all of that. I’ve had conversations with them all and we are all aligned on that in the background.

“So I guess there’s two spaces to this: one is the public face, where you’ve got to champion your own brand, ensuring that that brand is connecting to your audience. And then there’s behind the scenes where we are all Australians. We are all working in Australia, and trying to ensure that the Australian industry is able to continue, because that is what makes us distinctive. We’re all in a world of trying to protect what we’ve got. But we know that we will have to work together if we’re going to sustain ourselves.”

“It was not that long ago that SBS was jokingly referred to as a ‘frenemy’, but since the big SVODs started pushing into Australia, there have been shared interests between local broadcasters. I think that’s only strengthened over time. To be honest, I think what’s really brought it to light is when you see a competitor has had to layoffs and redundancies. That’s a sad thing for the entire industry. It makes you will everyone to succeed and really want the business models to work. Over the years I’ve had working in television you make friends at different broadcasters. When you see people lose their jobs it really does bring it home.”