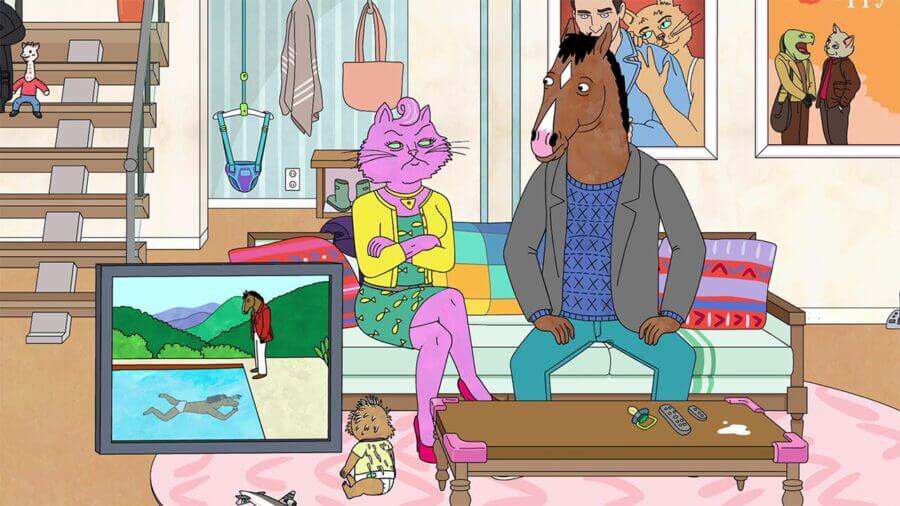 As we hit the end of the month, we’ll be taking you through the full list of releases that hit Netflix this month shortly. Don’t forget tomorrow will see quite a lot of new releases as part of the first of the month additions.

Now let’s move onto the twelve new titles that arrived on Netflix in the US today.

It’s the end of an era. BoJack Horseman comes to an end today after six excellent and groundbreaking seasons. As Julia Alexander from The Verge notes, it marks not only the end of Bojack but for a Netflix that’s different than the one we have today.

Today we got the remainder of season 6 which is episodes 9 through 16. The final half kicks off with BoJack starting his new job teaching acting classes.

The big movie of the day is American Assassin featuring Michael Keaton.

The action-thriller is Mitch Rapp who finds his way into the world of counter-terrorism after the death of his girlfriend.

Critics weren’t too kind to this movie when it released three years ago. The biggest complaint is that it plays it safe and is rather generic. However, if you’re looking for a straight-shooting action movie to roll in the weekend, you could do a lot worse.

Miss Americana is Netflix’s first big award bait title of the year. Covering the extremely talented singer and songwriter, we go behind the scenes and take a look at her recent ups and downs.

If you love this documentary, don’t forget Netflix also released a concert in full by Taylor Swift last year too.

What are you watching on Netflix this weekend? Let us know in the comments down below.