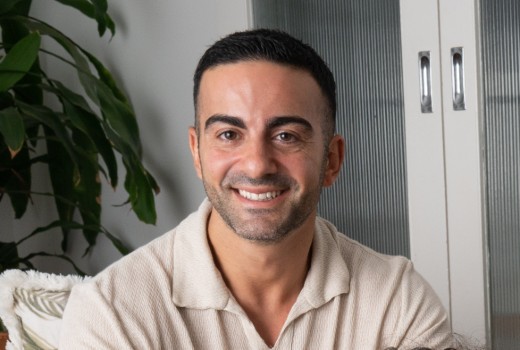 Jad Nehmetallah loves making Gogglebox with friends Matty and Sarah Marie Fahd, but he wasn’t so convinced it was a good idea to turn up to a Skype audition -especially given he doesn’t really watch television.

“I hadn’t heard about it, I didn’t even know what it was.

“I said ‘Matty I don’t think I’m going to do this. I’m an aspiring businessman. Are you sure anyone watches this show? Who’s going to watch a show about people watching TV?’” he recalls asking.

“But we jumped on and it was just like a natural synergy. The rest is history.”

‘Jad Funk,’ as he is also known, had been friends with Matty for a decade through his nightclub events company, prior to the Foxtel / 10 show.

They first met through friends but in the 5 years of making the show Matty & Sarah got engaged, married and had baby Malik.

“I’m the type of guy that whatever’s in my life at the moment, I go all in with it”

“And I’m still single,” the 35 year old laughs, in a nod to the frequent jibes from best mate Matty. “There’s always things that we pick on, and obviously me being single, is one of them. It’s an easy conversation to flog, which is funny. But I enjoy it. I’m the type of guy that whatever’s in my life at the moment, I go all in with it.”

He adds, “I want to start a family, which is always on my mind. I love kids and I’ve got a couple of nephews. So I think when the time’s right, God willing.” 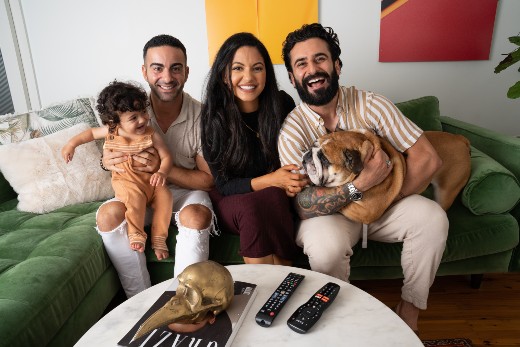 Filming for Gogglebox varies from week to week, with the trio never told in advance what they will be wtching.

“It just depends on what’s in season, I think. Sometimes they throw in a movie which I struggle with, because I naturally fall asleep when I watch TV.

“Believe it or not, I don’t really watch TV at all”

“Believe it or not, I don’t really watch TV at all. Outside of Gogglebox, I probably wouldn’t watch five minutes of TV unless it’s the footy or a boxing match.

“I’ll try and start a Netflix or Stan series, but then I end up snacking too much. I always end up just smashing the popcorn or chips. I’ve gotta stop something!”

When he isn’t in front of the couch he is busy with work in hospitality (viewers will recall he is a big Rick Stein fan). Last year he was one of many small business owners challenged by COVID.

“I had a cafe which was really successful, even during COVID. I sold that early this year in January to be able to focus on a massive new project that I’m opening in Parramatta Park this year. It’s an eatery and an event space combined.” 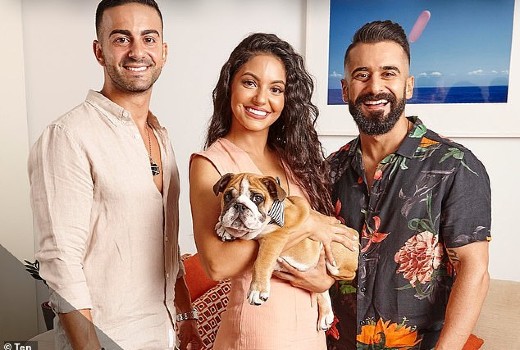 The broad success of Gogglebox has lifted his profile yet Nehmetallah maintains he is happy to respond to viewer feedback.

“Life has changed but always for the better. 99.9% of people, online and offline, have been very positive,” he continues.

“I’m always giving them the time of the day, asking them what their names are, taking photos and videos and Facetiming their mum and their dad, doing video recordings for them.

“I feel like going that little bit extra, even though it’s taking your time and energy. If that’s what’s going to bring joy to someone’s life I’m all for it.”

“The Bachelor is a great show, but it’s not something that I feel is for me”

Occasionally there has even been the odd paparazzo or tabloid suggestion he might be the next Bachelor.

“The Bachelor is a great show, but it’s not something that I feel is for me at the moment. My priorities are obviously Gogglebox, I’m enjoying being on the couch with Matty, Sarah & Malik. It’s been unreal. It’s an amazing show to be part of, because it’s positive, energising. It’s family -something that relates with my values.

“Gogglebox isn’t the kind of show you get papped for. It’s not The Bachelor, MAFS or Love Island. You do get recognised a lot, but you’re a neutral character. You’re not hated, there’s no gossip on you. So I don’t feel like people are interested in where I am, to be honest.”

But there is one aspect of making Gogglebox he can’t seem to shake… Bane, the bulldog on the end of his leg.

“He’s a big, annoying nuisance of a dog! I thought he was cute growing up, but now that he’s older…. ‘Dude, we’re never gonna be friends. We’re not friends. You go your way. I’ll go my way.’

“It’s been it’s been a fun journey but I’ve used a lot of wet wipes and thrown out a few shoes!”

Gogglebox continues 7:30pm Wednesday on LifeStyle and 8:30pm Thursday on 10.