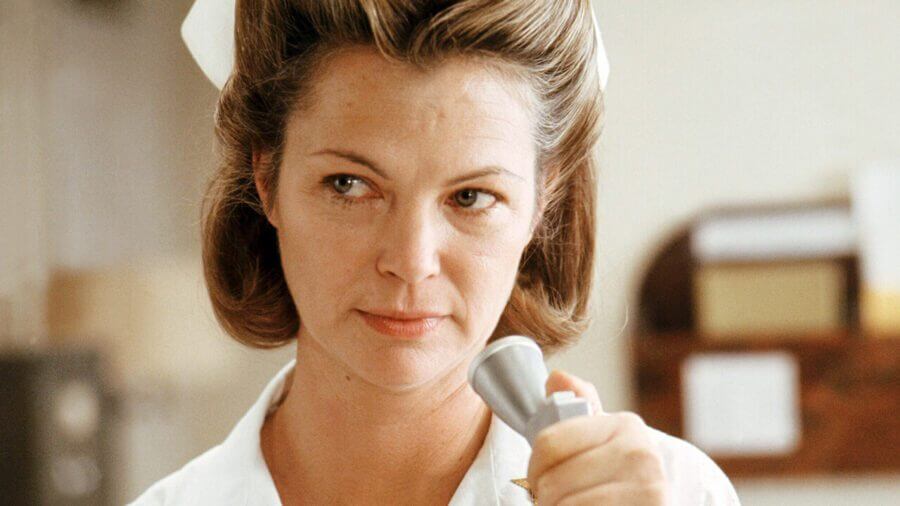 Netflix is reviving a classic character as part of Ryan Murphy’s output on Netflix. Here’s everything we know about season 1 of Ratched currently expected to hit Netflix in September 2020.

The series comes to Netflix with the involvement of Ryan Murphy who has an overall output deal with Netflix. The prolific producer is behind some of the biggest hits on Netflix.

It was picked up by Netflix back in September 2017 after a heavy bidding war over the title with Hulu and Apple also reportedly wanting the show.

What’s Ratched on Netflix about?

The series primarily focuses on the character of Nurse Ratchet. She’s a character from the classic 1962 novel named One Flew Over the Cuckoo’s Nest and the movie that followed thirteen years later in 1975. With that said, the character has also popped up in ABC’s Once Upon A Time. 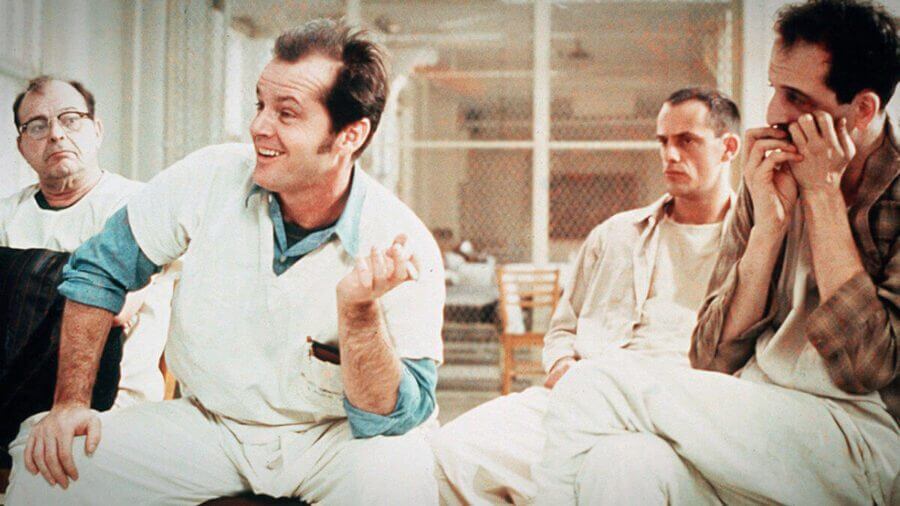 One Flew Over the Cuckoo’s Nest movie

The series is set to be an origin story of sorts taking us back to before Nurse Ratched had evolved to the monster by exploiting people in the mental health care system.

What production company is behind Ratched?

Fox 21 Television Studios is behind the series which may come as a surprise given its owned by Disney now. However, the production company is set up to be an arms dealer for a wide range of networks. For Netflix alone, it’s working on Ratched and The Politician.

The studio is also currently developing projects for multiple other streaming providers. It’s producing Hitman for Hulu, Nevelot for Apple TV+, Tales from the Loop for Amazon Prime as well as titles for Quibi, Showtime and USA Network.

Even Romansky is the main writer behind the show but as we mentioned above, Ryan Murphy and Ian Brennan are also involved. Among the directors for the series include Nelson Cragg, Jennifer Lynch, and Ryan Murphy.

Who’s starring in Ratched on Netflix?

Sarah Paulson is going to be leading the show by playing Nurse Mildred Ratched. Sarah is mostly known for her other roles on Murphy titles such as her recent role in American Horror Story season 8. It’s also worth noting she appeared in the wildly successful Netflix movie from 2018, Bird Box.

Among the other members of the cast include Jon Jon Briones, Finn Wittrock, Charlie Carver, Judy Davis, and Harriet Harris.

Where is Ratched season 1 in production?

The series should be coming to a close on its filming. Filming reportedly began on the series in late January/early February 2019. We got the first glimpse of Sarah Paulson in her full character set up soon after the series began filming.

In terms of where the series is being filmed, it’s reported that it’s being done so in California. Specifically, the series looks like its being filmed in part on Cannery Row, Monterey.

I've been hearing that the show Modern Family is filming on Cannery Row… turns out it is not BUT Netflix was there today filming for its new show Ratched, apparently it is a drama based on the novel One Flew Over the Cuckoo's Nest.

Further recording took place in June 2019 in Point Mogu which is also in California. The set-up here looks to recreate a beachside hospital from WWII. Further filming has also taken place in Lucia Lodge in Big Sur.

The series since its announcement has garnered some controversy namely because of its depiction of mental health.

When will Ratched be on Netflix?

We were originally expecting either a late 2019 or early 2020 release date. However, the IMDb page has recently been updated and every episode for season 1 currently says that they’re due for release in September 2020.

This was later confirmed by Ryan Murphy in an interview that season 1 of Ratched would be releasing on Netflix in September 2020.

Will there be a second season of Ratched?

Yes, Ratched is getting a season 2 on Netflix. When the series was first announced it came with a second season order for Ratched. The series was being sold to networks with an intense bidding war between Hulu, Apple and the victor, Netflix.

Murphy has gone on record by saying there could be up to four seasons for the show. The plans for the show would be that Nurse Ratched “would face off against a different male adversary each season; with the fourth and final season blending One Flew Over the Cuckoo’s Nest into the narrative.”

Are you looking forward to watching Ratched season 1 on Netflix? Let us know in the comments.

For now, here are a few more pictures from the set of Ratched.