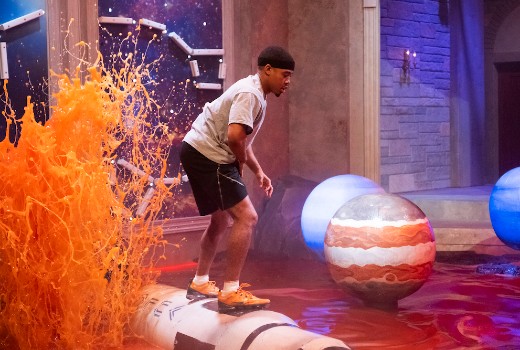 Netflix has renewed its game show Floor Is Lava for a second season.

The series will go into production later this year and return in 2022.

Variety reports Rutledge Wood will be returning to host the show as more contestants leap over obstacles and trying to avoid falling into the  faux“lava” as they try to get to the other side of each treacherous room.

The game show popped on Netflix when it premiered in June 2020, just a few months into the COVID-19 pandemic that confined millions to their homes.

According to the streamer, 37 million Netflix member households tuned into the series’ first season in its first four weeks on the service.