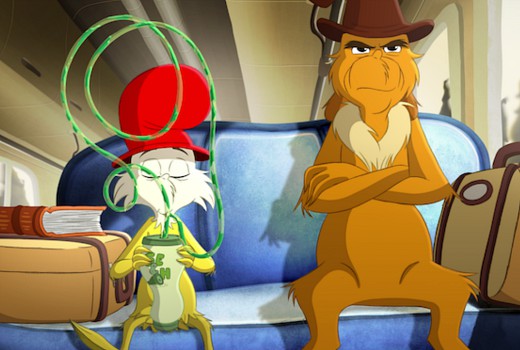 Green Eggs and Ham: The Second Serving will comprise 10 episodes.

Based on the beloved book by Dr. Seuss and executive produced by Ellen DeGeneres, Season 1 launched in early November and followed opposites “Guy Am I” (Michael Douglas) and “Sam I Am” (Adam Devine) as they venture out on a road trip to save an endangered animal from a far off zoo.

Along the way they learn to try new things like hope, friendship, and a certain delectable dish.