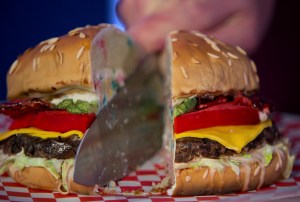 Gogglebox favourite Is It Cake? has been renewed for a second season by Netflix.

The show features realistic cakes that look exactly like everyday objects, in the hopes of fooling a panel of judges, with cash on the line.

The first season spent 4 weeks on Netflix’s global Top 10 English TV list and reached the Top 10 in TV in 75 countries around the world.

The second season will have Mikey Day returning as host and a new line up of contestants and guest judges.