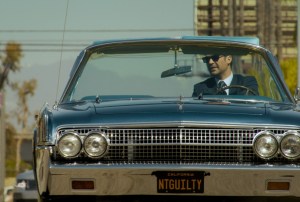 Netflix has renewed The Lincoln Lawyer for a second season.

The series surrounds Mickey Haller, an iconoclastic idealist, running his law practice out of the back seat of his Lincoln, as he takes on cases big and small across Los Angeles. The first season reached the Top 10 in 90 countries.

Season 2 will consist of 10 episodes and will be based on the fourth book series by Michael Connelly, The Fifth Witness.