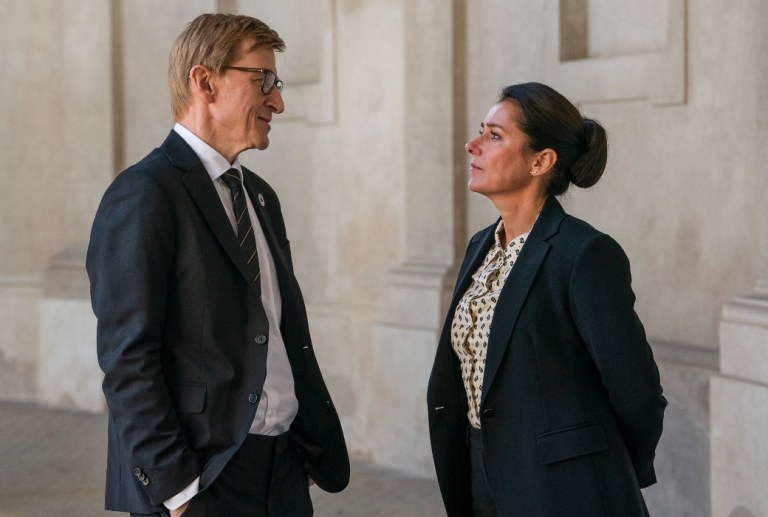 Danish political drama Borgen, which was last seen in 2013 is back with a brand new season, now on Netflix.

Borgen: Power & Glory has finally returned to our screens for a fourth run – appropriately titled Power & Glory on Netflix – which brings the machinations and diplomatic crises to a whole new audience.

Borgen – Power and Glory, deals with some of the biggest political issues of our time; the relevance of the Danish Realm in the modern world, the superpowers’ battle for control of the Arctic – and not least, the climate crisis. The main story focuses on the struggle for power and what power does to people – both professionally and on a personal level.

Synopsis
Birgitte Nyborg is the newly appointed minister for foreign affairs when a drilling company suddenly discovers oil in Greenland. An event that marks the beginning of an international struggle for power in the Arctic, and one in which the otherwise so experienced politician, Nyborg must repeatedly accept that despite Denmark’s ‘big brother’ relationship with Greenland, when it comes to the international superpowers, it is Denmark that is the minor player – and a somewhat unruly one at that…

The season will also follow Katrine Fønsmark’s (Birgitte Hjort Sørensen) journey. After being Birgitte’s head of press for a while, in the new season she is back in journalism where she has landed a job as head of the news department for a large, nationwide television station.