Tobias Cabral picked a good time to send me his 2018 novel New Eyes for review.   Mars is in the air.  Actually, it’s always been in the air, or at least, at the top of the air, in the sky.  But NASA’s Perseverance is on its way to Mars, with a landing date in February of next year.  Elon Musk wants to colonize the Red Planet (I’m 100% on board, here’s a talk I gave at the 19th Annual International Mars Society Convention at The Catholic University in Washington, DC on 23 September 2016):

And I just saw, loved, and reviewed the first season of Away on Netflix.

Cabral’s novel starts in February 2047.  Trips to Mars take just four days.  There’s a space station named “Jeff Bezos,” a ship named the “Elon Musk,” and androids are “equipped with ‘minds’ that could not just pass but proctor the Turing Test” (italic and quotes around ‘minds’ in the novel).  And, at least one is capable of murder.  With the result that New Eyes is just as much in the tradition of Westworld and the new Raised by Wolves (see my reviews) as it is a descendant of The Martian Chronicles and The Martian.

But as the title suggests, the fulcrum of this narrative are eyes, in particular Gaspar’s “Martian eyes”.  The character’s a “bio-cyberneticist,” women desire his body, and his new eyes in effect make him a human on the way to becoming an android, in the time-honored Six Million Dollar Man way.

The novel also has resonance to the work of Orson Scott Card (sims play an important role, as in, you often can’t tell what’s really really real) and, to my eyes, at least, the novel reads a lot like Isaac Asimov (a big compliment in my book).   But as to the plot, well, Mars is “a mostly-unpopulated planet” at this point,  and this “young Martian society” is populated by humans and increasingly by androids.  Could this actually happen by 2047?  Probably not (more because of the androids than living on Mars).  But my late editor at Tor, David Hartwell, always told me that readers are willing to grant you at least one big part of a story they find unbelievable, and I’m happy to grant Cabral that.   I should also mention that Cabral throws in a bit more repartee humor than does Asimov — someone comments that someone has a “nice assonance… that sounded naughty” — and there’s even some rapping in this story.

But that still doesn’t tell you much about the nuts and bolts of the plot, does it?   You’ll need to set your eyes on the novel to find that out.  Ok, I’m in a good mood.  Here’s a quote from the novel: – think “alternate branches in a Many Worlds Hypothesis time travel story”.  And enjoy. 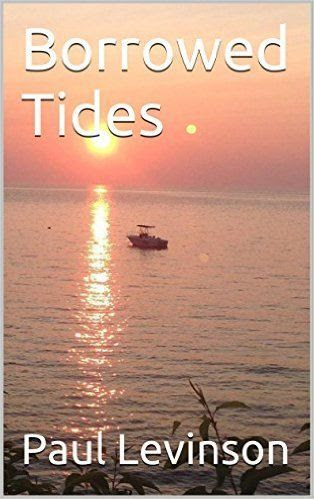