The buzz at Screen Forever conference last week was an exchange between Netflix and ABC commissioners around local quotas, during an industry Q+A session.

While a swing between Will Smith and Chris Rock drew gasps at the Oscars, this local ‘swing’ was the talk of the Conference. Thankfully it didn’t get physical….

“There needs to be more investment, whether or not it’s through a quota or whatever…I also have views on that. The experience I have now is that I don’t have to think about it. I don’t have to think about quotas. The fact that Netflix has started an ANZ team here with local executives to commission local content is a pretty strong statement of what our intention is in investing in this market.

“You can see from what we’ve announced from Byron Baes all the way to Boy Swallows Universe what direction we’re heading in. Do we need a quota for that? No. Now, I’m not going to get into that conversation about the quota. I’m just saying that I don’t have to think about it.”

When it was pointed out Byron Baes would not count for quota as it was not scripted she agreed and nodded to Heartbreak High as another recent commission.

“…what I’m saying is what good are regulation and quotas, if you don’t have the investment to pay for it? I think where we’re coming from and that we all agree on, is that you need more investment.”

“And you’ve got the money to do that Que.

“It must be lovely not to have to worry about the regulation, and be able to fund a show just like that (snaps fingers). Must be great.

“And I’m jealous of you being able to do that I am. But I’ve got to tell you the ABC can only fund six or seven dramas a year. In the last year, half of the submissions we’ve had are great shows that have been dropped by other broadcasters. The producers have just been told, ‘Sorry, we don’t have to do drama anymore’, or ‘We can’t afford it’ or whatever. And they’re coming to us and we have to turn them away. Because there’s only so much we can do. As Tracy (Vieira, Hoodlum Entertainment) said, we’ve had our budgets cut, Screen Australia have had their budget cut.

The former colleagues both hugged it out for photos at the end. 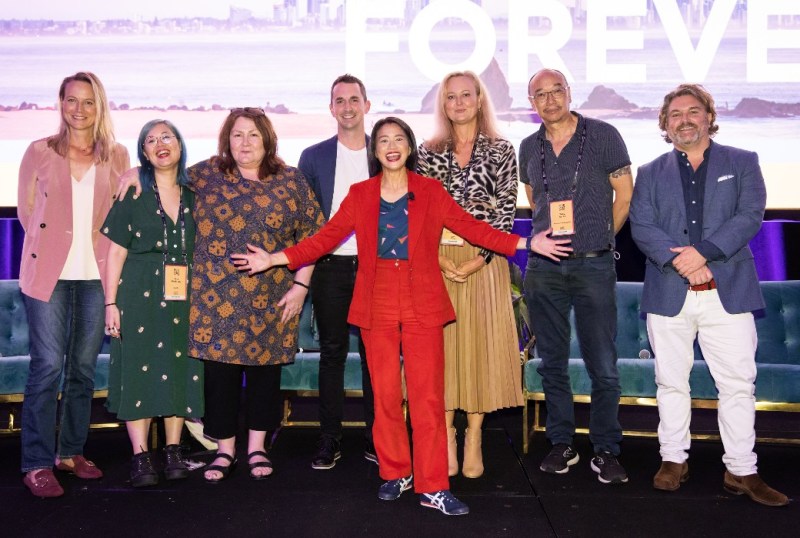