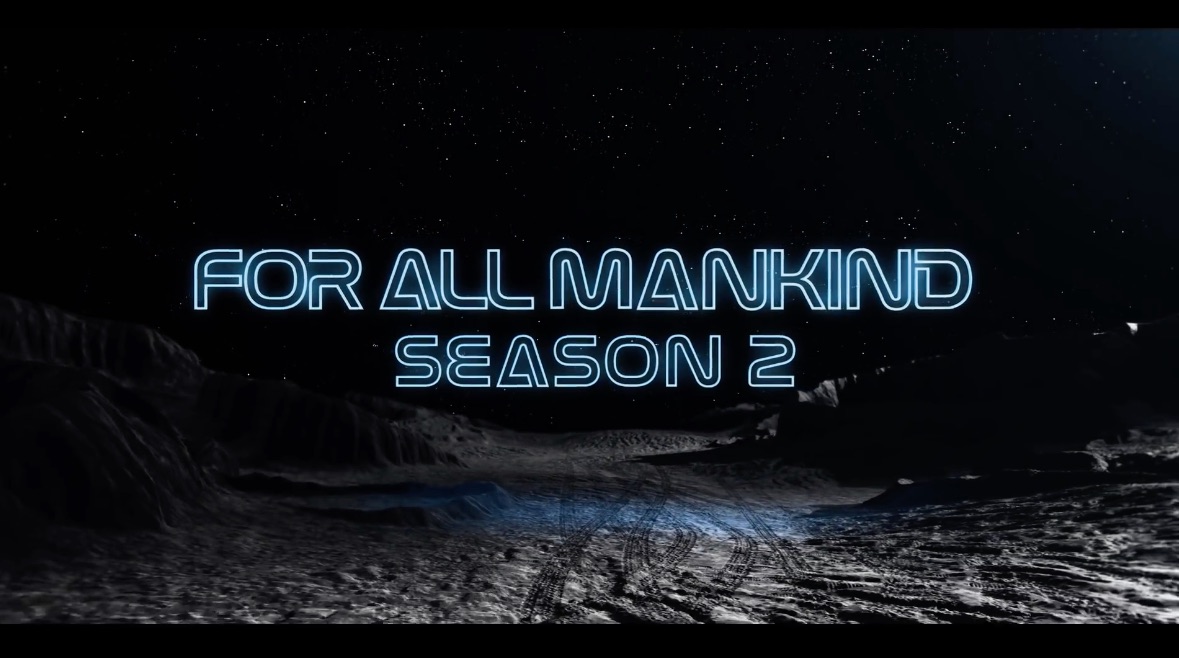 The first episode of the second season of the popular Apple TV+ series “For All Mankind” is now available for viewing everywhere the Apple TV app or web access is available.

The science fiction series – developed and written by Ronald D. Moore –  imagines what might have happened if the Russians had landed on the moon first, causing the global space race to have never ended, remaining a Cold War priority.

Season two of the space drama picks up a decade later in 1983. It’s the height of the Cold War and tensions between the United States and the USSR are at their peak. Ronald Reagan is president and the greater ambitions of science and space exploration are at threat of being squandered as the US and Soviets go head-to-head to control sites rich in resources on the moon. The Department of Defense has moved into Mission Control, and the militarization of NASA becomes central to several characters’ stories: some fight it, some use it as an opportunity to advance their own interests, and some find themselves at the height of a conflict that may lead to nuclear war.

Apple has launched a “For All Mankind” related augmented reality app that allows users to shed light on impactful events in the lives of astronauts Gordo and Tracy Stevens that occur in the decade that occurred in the decade between seasons one and two.

Join Danny, teenage son of astronauts Gordo & Tracy Stevens, as he examines interactive keepsakes full of details about life, love, and the world of For All Mankind. Every object tells a story: a simple mixtape unveils how young love first began. A home computer holds the secrets to the teens’ changing lives. And items as ordinary as a newspaper and answering machine shed light on impactful events in the lives of Gordo and Tracy Stevens, revealing more about the alternate world of For All Mankind and what’s coming in season 2.