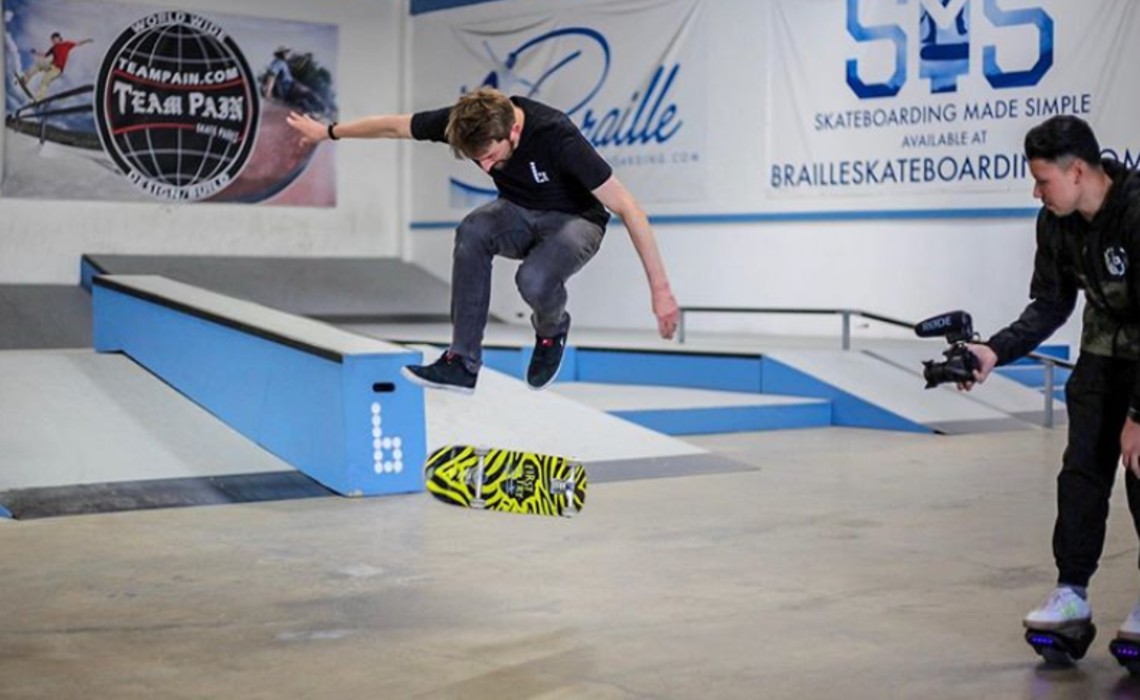 And now, Semaphore Licensing Solutions has signed deals three YouTube stalwarts, with whom it is readying toy lines. The signings — of Braille Skateboarding, Trinity and Beyond, and SuperHero Kids — arrive ahead of Toy Fair 2020, a toy trade show that was founded in 1903 and is currently hosted at New York City’s Javits Center, where industry players convene to sell product, pitch and exchange ideas, and meet with their partners. All three of Semaphore’s just-signed channels will be making appearances at the event.

First up, Braille Skateboarding star Aaron Kyro (pictured above) — who counts 4.5 million subscribers and clocks roughly 22 million monthly views, thanks to videos that teach various skateboarding moves and tricks — will unveil his first-ever toy line. The range will comprise fingerboard blind bags (a fingerboard is a mini skateboard that users maneuver with their fingers, while a ‘blind bag’ refers to toys that remain a mystery until purchased). Braille Skateboarding will also launch skate ramps, playsets, and other mystery surprise sets. Semaphore is pacting with licensor Bonkers Toys on the products.

Bonkers, which has also worked with YouTube children’s luminary Ryan Kaji, has also been awarded the master license for Semaphore’s other two recent signees as well, who are developing toy lines of their own. This includes SuperHero Kids — a family channel with 4.4 million subscribers and 70 million monthly views that produces action and comedy content, and Trinity and Beyond (4.1 million subscribers and roughly 90 million monthly views) starring Trinity (who is six years old) and four-year-old sister Madison, who appear in scavenger hunts, slime pranks, and other kid-friendly skits and games.

“We’ve helped over five hundred top YouTube stars,” Semaphore founder and CEO Michael Bienstock said in a statement, “and with that experience, we’re able to create elevated opportunities for our ever-growing talent portfolio of new media creators as they scale their brands across a variety of verticals.”