Despite the second season has just released, we’ve already learned that filming is already planned for the third season of Sex Education! Scheduled for the Spring, it won’t be long before the cast and crew get back together as we continue Otis’ awkward journey through Mooredale secondary school.

As one of the most popular series on Netflix to date, it should come to no surprise that Netflix will be looking ahead to the third season. We’ll be keeping you up to date with all the latest news and information regarding season 3, including what we can expect, production news, casting, and trailers and of course the Netflix release date.

Despite the fact that Netflix hasn’t officially confirmed renewal for Sex Education, by all accounts, it looks like the third season will be on the way in the near future. We have it on good authority, thanks to Production Weekly, that the third season of Sex Education is reported to begin filming in May 2020 and will run until September 2020.

When is the Netflix release date for Sex Education?

January has fast become the official month of release for Sex Education, but an official release date for season 3 is still a long way off.

Netflix will remain tight-lipped on when Sex Education returns, but it wouldn’t be a stretch to suggest that the third season will be returning in January 2021.

What is the production status of Sex Education season 3?

That’s just a very normal part of the process because we work on such tight schedule, and season three hasn’t been green lit yet or officially commissioned.

We can expect to see Netflix reveal another script read with the cast for the third season.

Which cast members will be returning for season 3?

The following cast members are expected to return for the third season of Sex Education:

We’ll ensure to update you with all the latest news on the cast when we learn more!

What to expect from the third season of Sex Education?

Will Otis and Maeve find love?

The Ross and Rachel of Sex Education, Otis and Maeve both love each other, but timing and other factors have seen the pair yet to become an item. By the end of the second season, Otis finally had the courage to admit his feelings to Maeve, declaring his love for the girl on her voicemail, while she was busy competing in the final of School quiz competition. In the aftermath of Maeve’s mother and sister being taken away by social services, she never got the chance to hear the voicemail.

Isaac, the disabled boy who lives opposite to Maeve on the caravan site, listened to the voicemail on Maeve’s phone, hearing Otis’ declaration. Clearly he has feelings for Maeve himself, thus he deleted the voicemail before she could hear it herself. Even when Otis dropped by to see where she Maeve was, Isaac lied and told Otis she had gone out and didn’t know when Maeve would be returning.

The third season will definitely continue the “will they, won’t they?” aspect of Otis and Mave’s relationship. With the voicemail of Otis’ declaration deleted, Maeve won’t know his true feelings. Maeve has also shown an interest in Isaac, who to Maeve has certainly seen to have her back, and appears to care for her more so than many others in her life. Isaac clearly has feelings for Maeve, and certainly feels threatened by Otis, and will likely make life hard for Otis in his pursuit of Maeve in season 3. Ultimately, Isaac’s deception should be revealed, and just maybe we’ll see Otis and Maeve together at last. 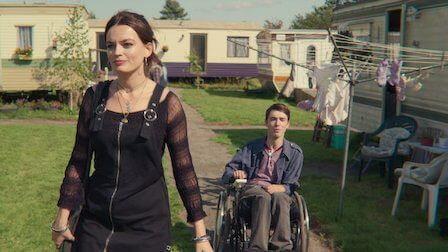 Isaac has his eyes on Maeve – Copyright. Eleven FIlm

Will Otis still be the Sex Kid?

The entire concept of the series is based around actually sex education, or the lack of it in Mooredale Secondary. Otis and Maeve made a lot of money from offering sexual advice to wayward teens, and when Jean, Otis’ mother found out, she was absolutely furious. It’s hard to see if Otis will continue offering advice to his fellow students, especially if Jean returns to the school as a counselor or teacher for sex education.

One thing is for certain, if Otis does continue helping students, he’ll no longer be charging them. There’s also the matter of Otis and Maeve reconciling because without each other, helping the students isn’t the same.

Can Eric and Adam’s Love last?

Interrupting the school play in a grandiose gesture, Adam declared his feelings for Eric, and despite the latter’s feelings for Rahim, reciprocated Adam’s love. Despite the rocky foundation of their relationship, Adam had bullied Eric for years prior to coming out, Eric’s family have instantly welcomed Adam, and accept the relationship.

Rahim is still on the scene, and other than having different interests cares deeply for Eric. While he doesn’t seem the petty type, if any lingering feelings of Eric have for Rahim are there, Rahim could take advantage of that and to try and take Eric away from Adam. While Adam has turned over a new leaf, he probably wouldn’t be too against hitting Rahim if he tried anything funny with Eric.

One of the biggest risks to the relationship is their past, but also what does Adam have planned for the future? Adam has shown he wants to make something of himself, and the school will eventually have a new principle, so Adam could be reinstated at Mooredale Secondary school. Perhaps together Eric and Adam can decide what they want to do for a future that involves them staying together. 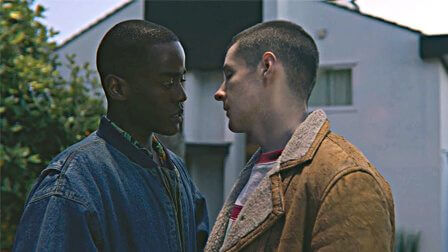 Adam and Eric destined to be together forever?… – Copyright. Eleven FIlm

Ola has given Lily the self-confidence she needs to get over her vaginismus, and the pleasure that will come from it. Opened to a new world of pleasure and the potential to explore it, Lily may seek to experiment. There have been many relationships covered in Sex Education, but we are yet to see a form of polygamy in the series. Out of all the characters, Lily would be the most open to polygamy but it would be a question of whether Ola would be willing to take part. 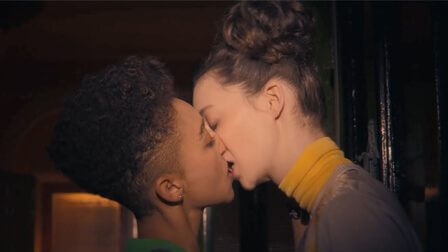 Suffering from a broken heart, Jean previously thought she was going through menopause only to be told she years for Jakob and is pregnant! It’s unclear what Jean plans to do, but Otis, in nine months could be a big brother.

Jean and Jakob still have a lot to work out, with the former only just realizing her feelings. Throw a baby into the mix, and everything only becomes more complicated. Not to mention that even tho Otis and Ola aren’t blood-related, the baby would be their respective sibling by blood. 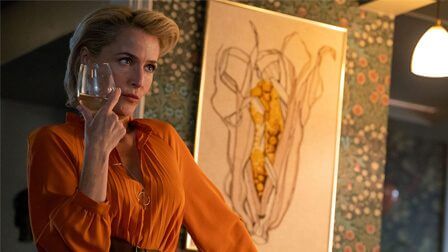 No wine for Jean for of least nine months – Copyright. Eleven FIlm

Jackson has struggled to come to terms with what he wants to do for the future. Finding a passion for acting, Jackson still has a long way to go to become a good actor. Pressure from his parents may still result in Jackson continuing swimming, but some leniency may allow him to pursue acting on the side and to find a back up in case his swimming career fails. 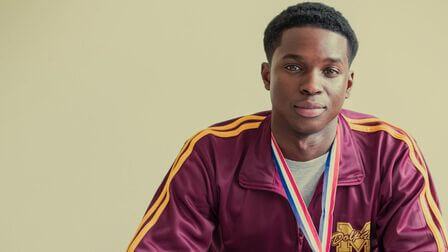 Sadly, Mr. Groff is only on temporary leave and hasn’t actually been fired from his position as headmaster. Mr. Groff has a lot of growth and learning to go through if he is to overcome the conservative views. With a vendetta against Jean, if she returns to the school as a teacher or counselor, he will have to learn to work with her. 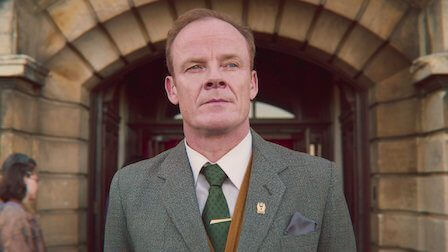 Too pure for this world, we must protect Amy at all costs. 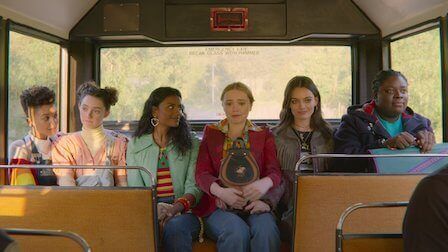 Aimee getting the bus with the support of her friends – Copyright. Eleven FIlm

How many episodes will the third season air?

Like the previous seasons, we can expect the third season to air a total of eight episodes, but we’re waiting for confirmation.

Each episode is expected to have a runtime of roughly 45 minutes.

When can we expect to see a trailer for Sex Education season 3?

It’s surprising how long the trailer for the second took to be released by Netflix. If that’s any indication to go by then we aren’t expecting to see a trailer for season 3 drop until late 2020. Netflix are sure to utilize the popularity of the series to its advantage so expect to see plenty of videos regarding the series throughout 2020.

Are you excited for the third season of Sex Education? Let us know in the comments below!