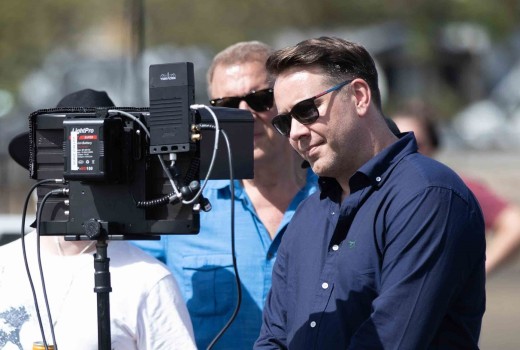 Twenty years ago Spencer McLaren was making a name for himself in the seminal Australian drama, The Secret Life of Us.

McLaren played Richie, an actor coming out to friends but finding TV soaps had other expectations. He has since married his own same-sex partner and expanded into producing.

McLaren House, which specialises in film, television and theatre, frequently partners with Steve Jaggi Productions, including on the films Rip Tide & Spirit of the Game. Jaggi’s latest series, mystery / adventure Dive Club, is launching on 10 Shake, with McLaren as Producer. 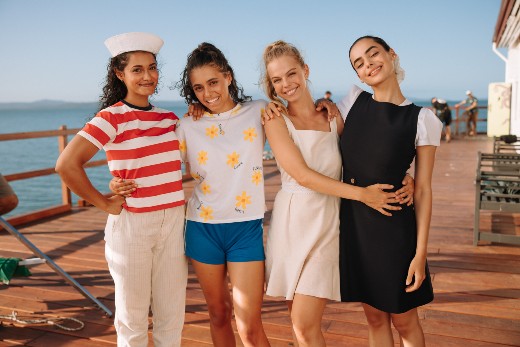 Shot in Port Douglas, the series created by Jaggi kicks off with the disappearance of one of four teenage girls in the fictional Cape Mercy, battered by a cyclone. A desperate search begins…

As well as using female directors, McLaren says many of Jaggi’s productions are teen-focused, female-forward stories.

“We do have a strong intent and desire to really put them at the front of the business… creating content for young women, and empowering female directors,” he said.

​”For a long time it’s been an under-serviced market. We just felt like there was an opportunity to really shine some light in that area. I really feel Dive Club is a combination of that.

“I guess you wouldn’t necessarily classify it as a ‘feminine series’. It’s an adventure series about 4 teen divers. So it’s getting rid of boundaries and preconceptions.

“You’ve got these great girls who are in this search for their missing friend and will stop at nothing to save her and find the truth. There’s a bit of a search for treasure. Part of me feels like there’s some DNA of The Goonies, which was generally all male.

“It’s peppered with historical facts that are woven into our story with Russian history. So you are talking a little bit of pirates and treasure and that kind of world, but we’re not quite in Pirates of the Caribbean. It’s Russian historical swashbuckling.” 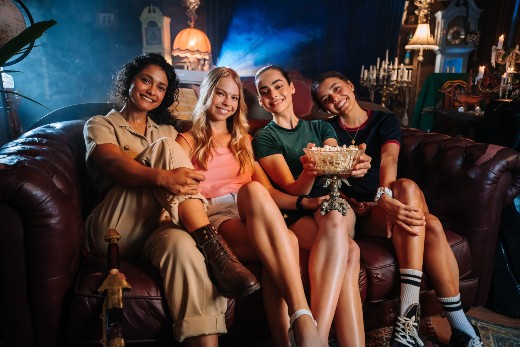 The series was shot during the 2020 pandemic but producers were able to use resort ‘bubbles’ that were low on tourists. Locals were also enthusiastic about several productions Jaggi’s team shot back to back.

“Point the camera in any direction you like, you get an amazing view”

“The mayor there, who happens to have a cameo as a paramedic, was hugely welcoming and so supportive. We were there from July with (feature) This Little Love of Mine in Palm Cove just down the road. Then we were shooting Dive Club from October and seeing how the area coped with a lack of tourism and bringing business in. They were just so welcoming, so supportive,” he said.

“And it’s picture perfect. Point the camera in any direction you like, you get an amazing view.” 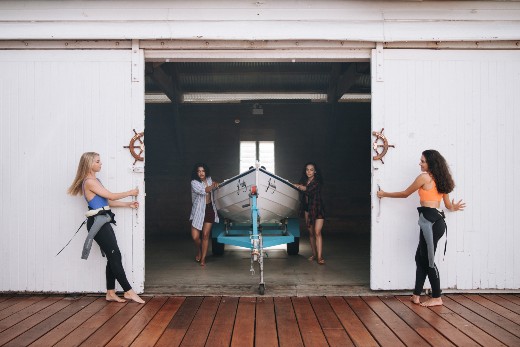 The series was also co-commissioned by Netflix, but McLaren credits 10, not just for producing live action kid’s TV, but for sticking with it when quotas were cancelled.

“Kudos to 10…they doubled down on their commitment”

“Kudos to 10 for that because at the time we were putting this together, the mandate to have kids’ content on television was removed. But they doubled down on their commitment, really responded to the show strongly and didn’t waver at all, which is really, really awesome. It could have gone the other way.

“It feels very much like a teen series, that just happens to also be done in a way that younger kids will get stuff out of. But I don’t feel like it’s just a traditional ‘C-band kids show’ that we have seen here in Australia.”

10 Shake will screen the episodes in movie-length instalments across 4 weeks from this Saturday. While McLaren is already busy on more projects with Steve Jaggi, he is also hoping to stage original musical Midnight: The Cinderella Musical with a score by John Foreman & Anthony Costanza in Melbourne, after COVID restrictions derailed its 2020 curtain up.

But he also doesn’t rule out a return to performing himself.

“These days performing has really taken a back seat. Probably in the last two – three years, it really faded out,” he acknowledges.

“I love doing it still. But realistically, the producing side of things 5 years ago became the full-time focus.