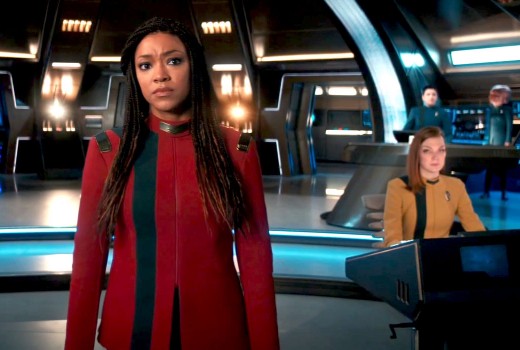 One includes a teaser of the upcoming fourth season (which screens in Australia on Netflix), introduced by Sonequa Martin-Green.

Filmed during COVID restrictions, S4 is due later this year.

Season four of Star Trek: Discovery finds Captain Burnham and the crew of the U.S.S. Discovery facing a threat unlike any they’ve ever encountered. With Federation and non-Federation worlds alike feeling the impact, they must confront the unknown and work together to ensure a hopeful future for all.

"We are not in this alone."