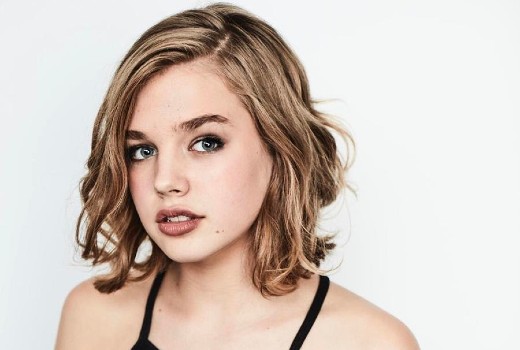 True Spirit, the film adaptation of Jessica Watson’s record-breaking solo circumnavigation of the world, will be produced by Netflix in Queensland.

Teagan Croft (Titans, The Osiris Child) will star as Jessica Watson, it will follow the adventurer’s amazing 210-day journey, setting sail from Sydney on 18 October 2009 and charting the exhilaration and peril of Watson’s historic sailing odyssey.

To be filmed at Village Roadshow Studios on the Gold Coast and locations throughout South East Queensland and Sydney, it will return more than $24 million to the Queensland economy and create more than 300 jobs.

Queensland Premier Annastacia Palaszczuk said, “Back in 2009 and 2010 when Jessica was battling the high seas and never giving up, we all watched on—captivated and inspired by her bravery, her know-how and her tenacity.

“My Government is proud to have secured yet another screen production for Queensland, evidence that the production bonanza is gathering more momentum as word spreads about the multiple benefits of filming in our great state.

“Pandemic or no pandemic, we know that international production companies love making movies and television here—for the ease, the range of locations, the weather, our competitive incentives, and world-class talent and crews,” the Premier said.

Screen Queensland CEO Kylie Munnich said, “Jessica’s story is one of courage, skill and resilience, against all odds and at times grave danger, and for that reason I believe True Spirit will strike a chord with audiences across Australia and the world.

“After a highly successful shoot on Escape from Spiderhead, Screen Queensland is delighted to welcome Netflix back to Queensland for this epic movie about a well-loved Australian hero.

“Initially attracted to Queensland for our COVID-safe status, now producers are saying how much they want to return and make more projects here—for the locations, depth and skill of our crews, competitive incentives and all-round positive experience of working in Queensland,” Ms Munnich said.

True Spirit is the second feature film that Netflix chose Queensland for its production location following Escape from Spiderhead, starring Chris Hemsworth, which filmed last year at the Gold Coast Convention and Exhibition Centre and on location in The Whitsundays, Jacobs Well, Arundel and Tallebudgera Valley on the Gold Coast.