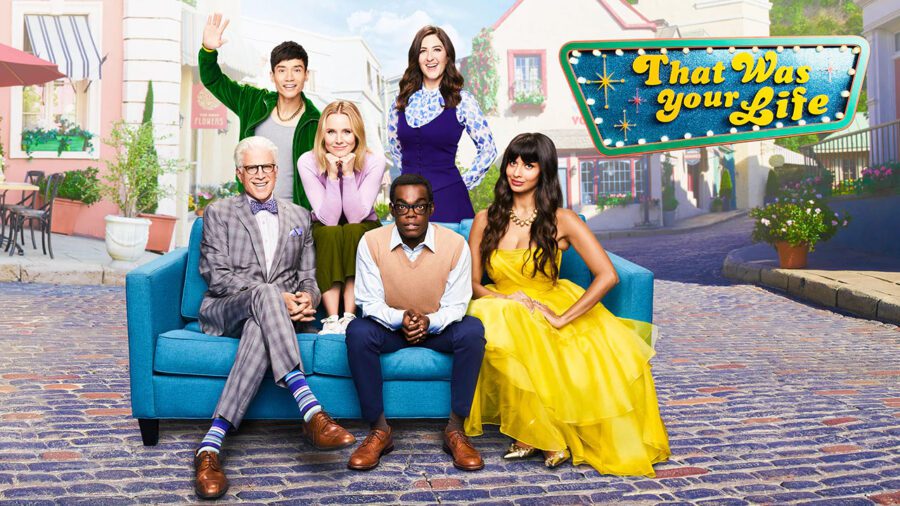 The fourth and final season of The Good Place is now wrapping up on NBC and releasing on Netflix weekly. We have the Netflix release schedule The Good Place season 4 on Netflix and when we can expect to see the fourth season on Netflix in the United States, Canada, the UK and beyond.

NBC struck gold with the afterlife comedy-drama and we’ll be sad to say our goodbyes to wonderful series. But all good things must come to an end, and rather than overstaying its welcome creator Michael Schur has deemed season 4 the right time to conclude the series.

Filming for the fourth season began in April. NBC aired episode 1 of The Good Place on September 26th, 2019 and ran up to Christmas before taking a break and returning to NBC on January 9th, 2020.

In the final season, the humans are taking control over The Good Place and heading back to the original neighborhood. They’re running fighting for their lives as the judge orders them to carry out an experiment to demonstrate that humans can become good. The finale is set to be an extended episode at around an hour runtime.

When will The Good Place season 4 be coming to Netflix US and Canada?

Fans of the series will know by now that seasons of The Good Place air on NBC before arriving on Netflix.

The wait is significant but the latest series has typically arrived in the following September after a season premieres. This means that subscribers can expect to see the fourth season arrive in September 2020. Season 3, for example, arrived in late August 2019 and season 2 in September 2018.

With there being no fifth season of The Good Place, this has the potential to impact the release of the fourth season and come much sooner as the release on Netflix won’t help any further seasons viewership on NBC itself.

If you really need a catch-up service to watch live or soon after the new episodes, Hulu has your back with weekly episodes although as of January 2020 it only had episodes 5 to 9.

Outside of the US and Canada, The Good Place is a Netflix Original. The series is also one of the most popular titles on the streaming service to date. These include pretty much all regions including the United Kingdom, Australia, Europe, Latin America, and Asia.

It has been confirmed in a tweet by the Netflix UK & Ireland twitter that The Good Place will be returning on the 27th of September, 2019.

Team Cockroach are back and they are going to fork your shirt right up.

The Good Place returns for its fourth and ~final~ season, weekly from 27 September. 🍤 pic.twitter.com/O1aMUsFOQJ

Subscribers should be reminded that while the series airs week to week, there is a Winter break for the season. There 14 episodes to look forward to in season four.

What time will I be able to watch the latest episodes?

Depending on where you are in the world will dictate what time The Good Place is available to stream in your region. Netflix has typically released titles at midnight PST (Pacific Standard Time). For subscribers in the UK, this means new titles arrive at 08:00 am and for those in Australia it won’t be available until late in the afternoon.

Which regions stream the latest episodes of The Good Place?

The following is a full list of regions streaming The Good Place on a weekly basis:

Are you looking forward to the release of The Good Place? Let us know in the comments below!