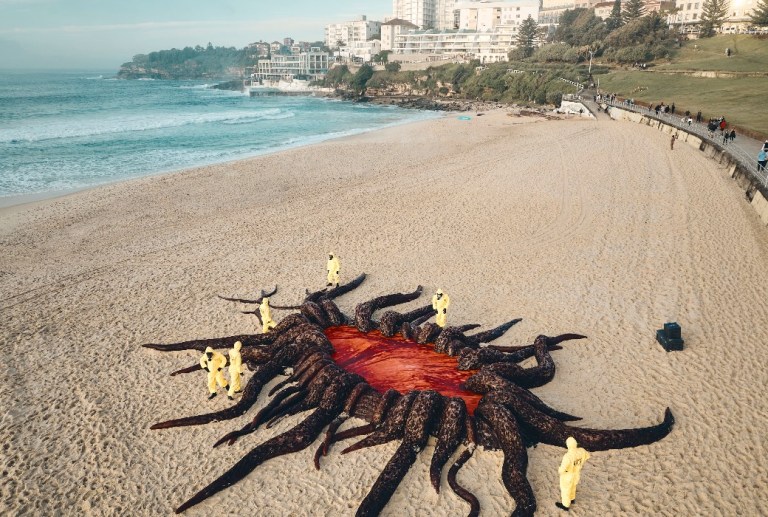 Netflix took over Bondi Beach this morning turning things ǝpᴉsdn uʍop for a “mysterious gateway” as part of a global Stranger Things promotion.

Scientists in hazmats were patrolling the site, normally the domain of the Bondi Rescue boys.

The world’s most famous beach has been taken over by a giant rift measuring 20 x 16 metres in size, with branch-like vines protruding from a glowing red centre.

Ever since 1983, when a test subject in a Hawkins, Indiana lab named Eleven ripped open a portal between Hawkins and the Upside Down (a terrifying alternate dimension beneath the surface of this small town), similar rifts have been opening up in the most unexpected places.

Now, they’re officially in Australia. In celebration of the return of Stranger Things, rifts will start appearing here and around the world. The Upside Down will take over landmarks in 14 countries like New York’s Empire State Building; Milan’s Duomo Square; Columbia’s Malecon Barranquilla and the Gateway of India in Mumbai as well as locations in London, Tokyo, Malaysia, Germany, Los Angeles, Poland, Saudi Arabia, Stockholm and Madrid.