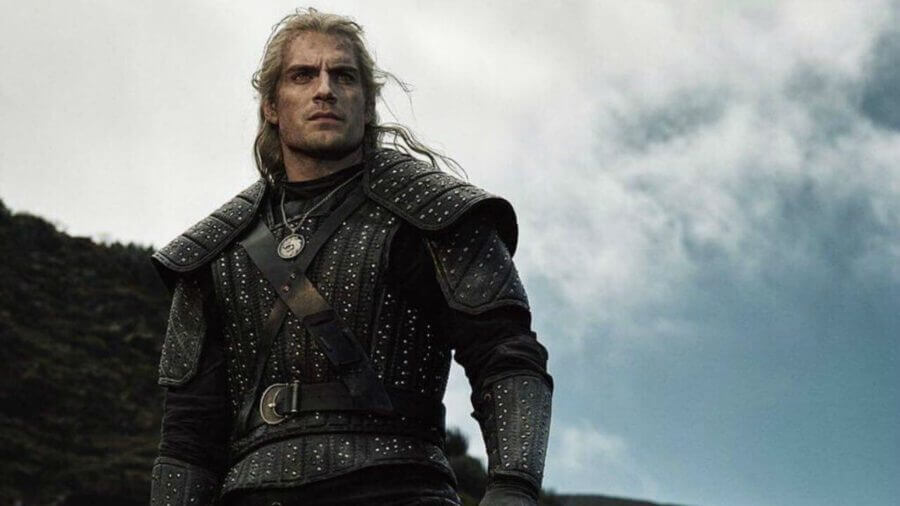 In December, Netflix released the first season of its new fantasy series starring Henry Cavill, and The Witcher has quickly become one of its most popular shows. In a recent Netflix earnings report, it was revealed that The Witcher has been watched – for at least two minutes – in more than 76 million Netflix households, which makes this its most successful first season ever.

Netflix CEO Reed Hastings has since called The Witcher a “massive new franchise that we’ll develop season after season”. Though some have doubted Netflix’s viewership statistics, one thing is clear: The Witcher is Netflix’s newest flagship show, joining the ranks of Stranger Things and House of Cards, and it isn’t going anywhere.

Though the show has already been picked up for a second season, Netflix has announced that season two, which will enter production this month (February), will only release in 2021. This means that there’s going to be a long wait ahead of us, but we hope to ease it with these monthly recaps of news from the Continent. January 2020 has been an eventful month for The Witcher fans and we’ve collected all the biggest leaks, rumors and stories.

The Witcher animated film, titled “Nightmare of the Wolf”, will tell Vesemir’s story 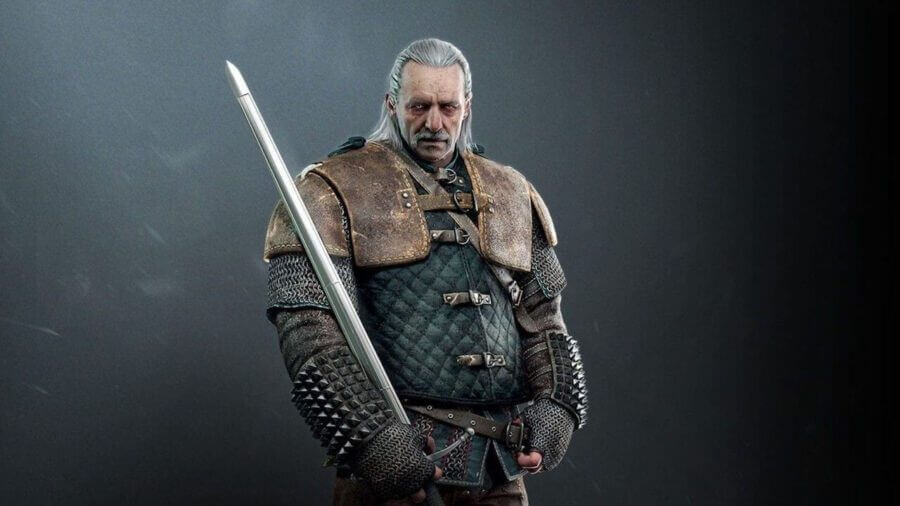 Following a leak by Redanian Intelligence, Netflix confirmed the long-rumored Witcher animated film centered around the older witcher Vesemir is indeed in the works. Titled The Witcher: Nightmare of the Wolf, the film will be developed by Studio Mir (an animation studio famous for its work on Avatar: The Last Airbender’s spinoff series The Legend of Korra).

“The rumors are true,” Netflix announced on its twitter account. “A new Witcher story is in the works! The anime film, The Witcher: Nightmare of the Wolf, will take us back to a new threat facing the Continent.” The film’s description on Netflix is as follows: “Long before mentoring Geralt, Vesemir begins his own journey as a witcher after the mysterious Deglan claims him through the Law of Surprise.”

For those unfamiliar with Vesemir, he is an older witcher who schooled Geralt and trained him at a young age. Vesemir was mentioned a couple of times in season one of the show, most notably in the final episode during Geralt’s flashback. There, Vesemir was (briefly) voiced by Divergent’s Theo James (credited as Young Vesemir). It seems likely that James will reprise his role as Young Vesemir in Nightmare of the Wolf. Meanwhile, an older Vesemir is expected to be cast for season two of the show, and fans are hoping to see Star Wars veteran Mark Hamill assume the role. In a recent interview with IGN, The Witcher’s showrunner expressed interest in Hamill as well, so it’s not an impossible proposition.

With regards to Vesemir’s animated film, fans should expect it to tie directly into the show’s second season as it was written by The Witcher’s writers room. Beau DeMayo, who wrote the show’s horror-themed third episode (and has recently joined the writers’ room of Disney’s Moon Knight) is credited on Writers’ Guild of America as the film’s writer, and Netflix has confirmed that The Witcher showrunner Lauren Schmidt Hissrich will be overseeing the project as well. 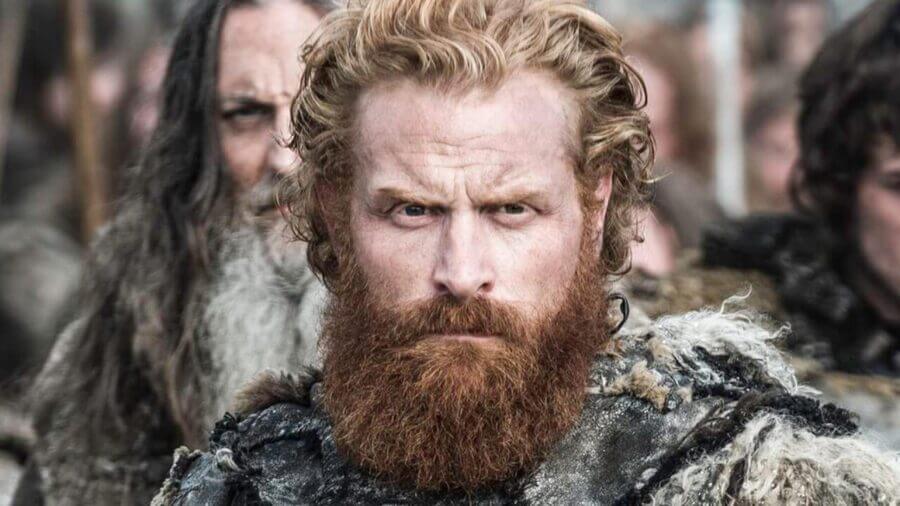 With season two entering production in just a few weeks, casting is ongoing for a variety of roles, and following The Witcher’s recent surge in popularity, established actors are looking to be cast in the series. As rumored by Redanian Intelligence, Game of Thrones’ Tormund Giantsbane (Kristofer Hivju) may have joined the cast of season two.

Though this is not yet confirmed and we advise you to take this with a grain of salt, the rumor is looking more and more likely with every passing day. Though we have reached out to Netflix, as we have in the past, there has been no reply. Hivju himself has been asked whether he was involved and has refused to comment as well.

Which role could the Game of Thrones veteran assume in The Witcher season two? Redanian Intelligence speculates that Hivju was cast in the role of Nivellen, a man cursed with the head of a bear (seen in the short story titled A Grain of Truth, a parody of The Beauty and the Beast). Fans disagree, however, and note that Hivju would be a great choice for the older Crach an Craite (as we’ve already met a young Crach in season one).

It is possible that both the Redanians and the fans are incorrect, of course, as there are many roles up for grabs in season two. Most notable is the role of Vesemir, an older witcher who serves as Geralt’s father figure in the books and the games. Mark Hamill has expressed interest in the role, and The Witcher’s showrunner recently told IGN she would love to see him join the cast, but Hivju may have already secured Vesemir. 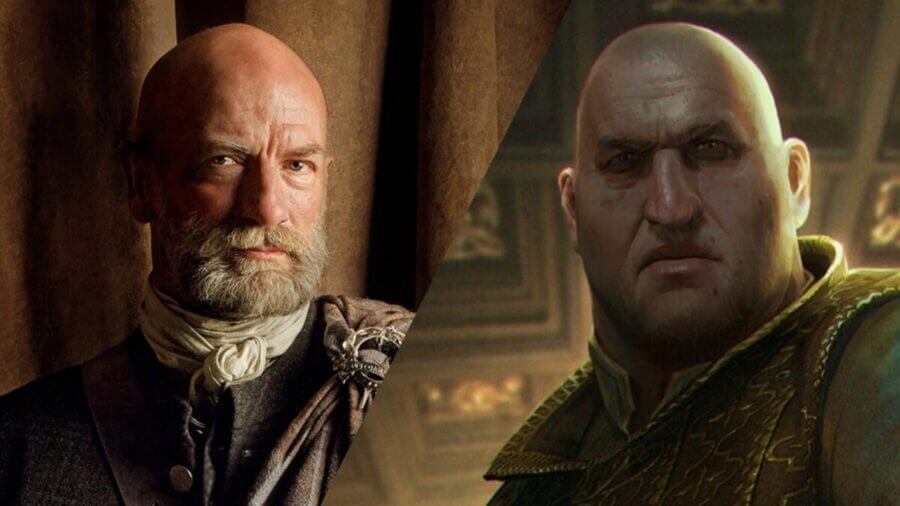 As it happens, Kristofer Hivju and Mark Hamill are not the only top-tier actors vying for a role in season two. Graham McTavish (Outlander, The Hobbit) has recently auditioned for the iconic role of Dijkstra, the Redanian spymaster (now confirmed to be introduced in The Witcher’s second season). Though the audition was publicly available on vimeo, it has since been removed (visit Redanian Intelligence to watch the copy we salvaged).

Fans of CD Projekt RED’s video game trilogy will be familiar with Dijkstra, as he had a major role in The Witcher III: Wild Hunt. Of course, Netflix is adapting the books, and the show is slated to introduce him in his home town of Oxenfurt some time in season two. As the audition script describes, Dijkstra is a large man whose impression is quite deceiving. Serving as the master of the Redanian secret service, he prides himself in knowing everything about everyone or, as the audition states: “In my line of work, today’s gossip is next month’s news.” There is no word yet on Dijkstra’s political partner and powerful LGBT sorceress Philippa Eilhart, though the two are closely associated in the novels.

As for McTavish, we don’t know if he has won the role, only that he auditioned. An established actor such as him would be a suitable fit for the role – even if he doesn’t quite match the novel’s description. We’ll have to wait for Netflix to reveal new cast members for season two to learn if he was cast or not. Unless we’re able to uncover these details ourselves…

The Witcher season two is entering the final leg of pre-production, and we’ve collected all of the month’s newest reveals right here.

Season two has added four new directors to The Witcher’s roster, each of whom is likely to film two episodes back to back. First up is Stephen Surjik, who has previously worked on episodes of Netflix’s Marvel shows, The Umbrella Academy, Lost in Space and Amazon’s post-apocalyptic drama See. Surjik was seen scouting locations for season two in the Isle of Skye, and will likely helm the season’s first two episodes. Besides Surjik, The Witcher has chosen Edward Bazalgette (The Last Kingdom, Doctor Who, Poldark), Sarah O’Gorman (The Last Kingdom, Jamestown, Cursed) and Geeta Patel (The Runaways, The Magicians, Santa Clarita Diet) to direct for season two.

Production is set to kick off on February 17 for approximately five and a half months, and a new report reveals that the season will be shot across at least four countries: Scotland, England, Slovakia and the Czech Republic. As expected, The Witcher is returning to Central Europe to film some of the show’s outdoor scenes, but the UK will be where most of the action takes place (including the beautiful Isle of Skye in Scotland).

The central hub of production will be Arborfield Studios, located roughly two hour’s drive from London, and that is where The Witcher’s indoor scenes will be shot going forwards. Redanian Intelligence revealed that Netflix is already hard at work on one of The Witcher’s biggest sets for season two: the town of Oxenfurt. Our sources tell us that the town set will be massive and is intended to serve the show for several seasons.

With just a couple of weeks left before season two enters production, some of The Witcher’s stars have begun to tease their return to the show. MyAnna Buring (Tissaia), Mimi Ndiweni (Fringilla), Royce Pierreson (Istredd) and the man himself, Henry Cavill, have all confirmed they will soon return to the Continent. 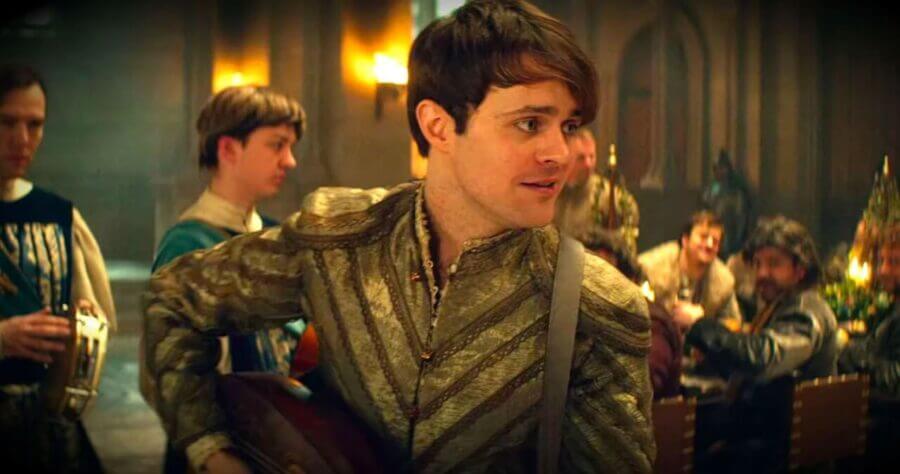 While we wait for more concrete news on season two and its cast, many fans are still somewhat confused about season one’s various timelines. Fortunately, Netflix has released a website which catalogues all the major events of The Witcher season one in chronological order, accompanied by various entries for the characters, kingdoms and monsters of the Witcher universe. If you look closely, you’ll find some very interesting lore details.

As well, Netflix has finally dropped the show’s original soundtrack (including viral hit Toss a Coin to Your Witcher and over fifty other tracks). The soundtrack is available on all major outlets, including Spotify, Amazon, iTunes and YouTube Music.

Stay tuned with Redanian Intelligence and What’s on Netflix for all updates on The Witcher.