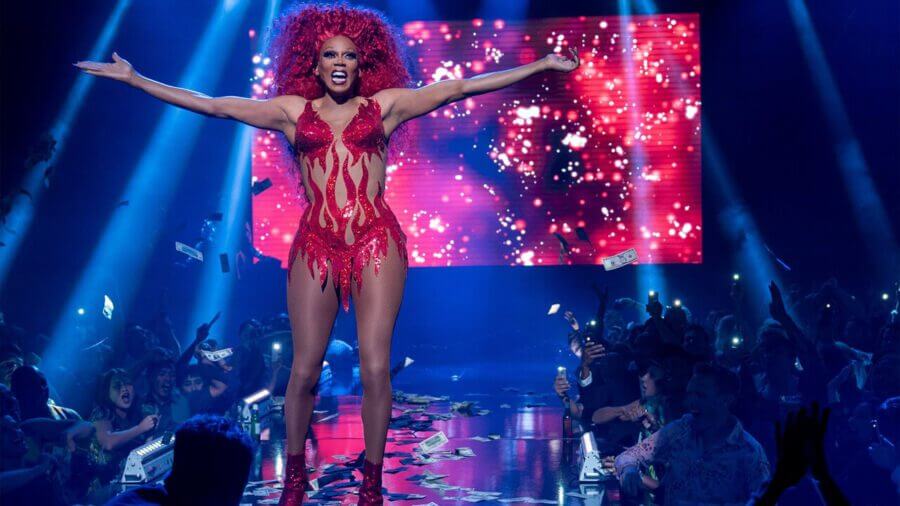 AJ and the Queen is an upcoming Netflix Original comedy series created by RuPaul and Michael Patrick King. We’ve known for a lengthy period of time that an Original series was in the works between Netflix and the world’s most famous drag queen. Producing the series alongside Warner Bros is MPK Productions, but RuPaul and Michael Patrick King wrote the story for AJ and the Queen. The popularity of RuPaul has reach astronomical levels in recent years, and we suspect that AJ and the Queen will be a smash hit with subscribers.

After saving $100,000 to set up her own club, popular drag queen Ruby Red is left almost penniless after her boyfriend steals all the cash and runs away. To try and raise funds, Ruby Red hits the road in an old RV to hit the different clubs across America. Joining her on her journey is an elven-year old stowaway orphan, AJ, who has no problem speaking her mind.

What time will AJ and the Queen season 1 be coming to Netflix?

Until daylight savings time comes to an end in the Spring, some regions in the world will continue to receive the latest Netflix titles an hour later than usual. All Netflix releases are dictated by Pacific Standard Time (GMT-8).

The following time-table is what time AJ and the Queen will be available to stream on Netflix in your region:

If you’d like to learn more about AJ and the Queen, make sure to check out our preview for the first season.

In the US library, you can watch Skin Wars: Fresh Paint, the series is a spin-off of Skin Wars and is hosted by RuPaul.

Even more, RuPaul shows available on Netflix outside of the US

Skin Wars: Fresh Paint is also available to stream on Netflix outside the US, along with the following shows:

Are you looking forward to the release of AJ and the Queen?