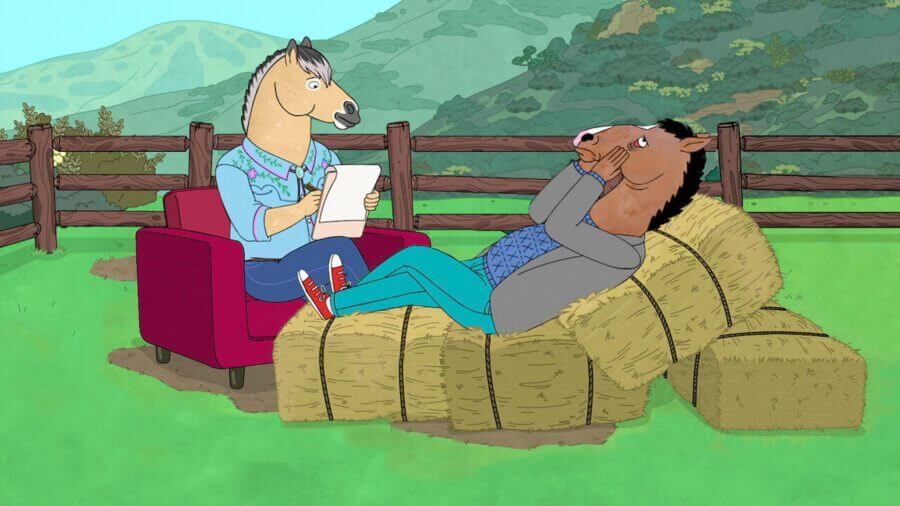 Tomorrow we’ll be saying goodbye to our favorite talking horseperson, Bojack Horseman. With the final eight episodes arriving on Netflix this Friday, you best make sure what time you’ll need to open up Netflix and binge the remaining few episodes. Here’s what time the final episodes of Bojack Horseman will be on Netflix.

The longest-running adult animated series on Netflix, Bojack Horseman has been one of the best Originals in the Netflix arsenal. Life at the start for Bojack Horseman was rocky at best, but each subsequent season has not only improved the story and the comedy but the fanbase too. Once the series is over, we suspect fans will be returning multiple times to rewatch Bojack evolve as only an anthropomorphic horse can.

Once famous for starring in the 90s smash hit sitcom “Horsin’ around”, years later, Bojack Horseman is a cynical and washed-up celebrity. Eager for a comeback, he partners up with his human best friend, Todd Chavez, and his ex-girlfriend agent Princess Carolyn. It’s been 18 years since Horsin Around, and Hollywood is a vastly different place.

What time will Bojack Horseman season 6b be on Netflix?

Depending on where you are in the world will dictate what time you’ll be saying goodbye to your favorite anthropomorphic horse. Netflix release all of its latest titles on PST (Pacific Standard Time), this means if you live on the other side of the world, the latest titles won’t be available to you until late in the evening.

Is this really the last we’ll see of Bojack Horseman?

Fans have every right to be upset when they have to say goodbye to their favorite series, but no one can deny that Bojack Horseman had a good run. As one of the most thought-provoking, darkly funny and deeply clever shows, it’s great to see Bojack will be going out on a high and hasn’t faced the dreaded guillotine of cancelation.

For now, of least this is the last we’ll be seeing of Bojack, but who’s to say that the character won’t reappear in the future as a cameo if ShadowMachine chooses to explore the world further.

Are you excited to watch the finale of Bojack Horseman? Let us know in the comments below!