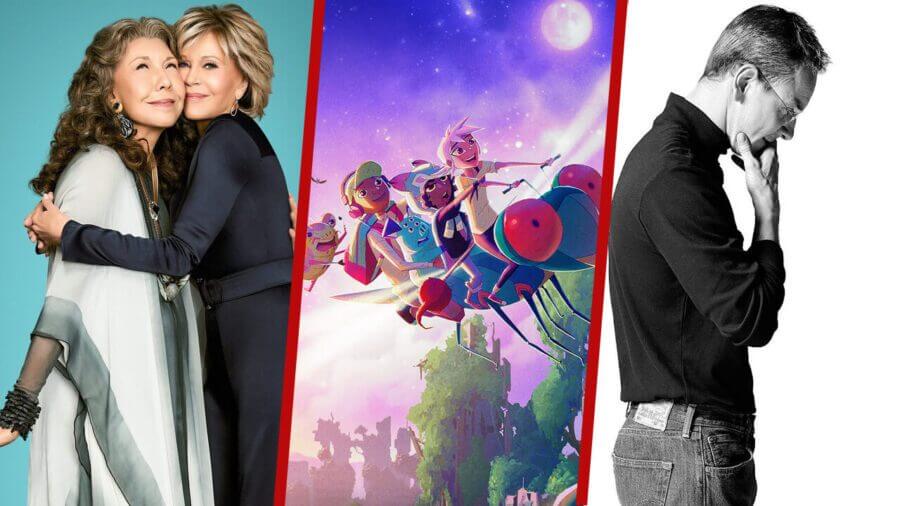 It’s time to look at what’s in store for Netflix members in the United States over the next seven days and by all accounts, it’s going to be a solid seven days of new content including Grace & Frankie Season 6, Sex Education season 2 as well as plenty of new movies and debut series.

As always, it’s worth noting Netflix tends to release more titles than they announce before the date. The best way of keeping up with the new Netflix releases is by, of course, following our what’s new on Netflix section.

Now let’s take you through some of the highlights of the week and then we’ll move onto the full preliminary list of what’s coming to Netflix this week.

We begin our preview with a movie that likely went under most people’s radars four years ago and there’s probably a good reason for that.

Despite starring Charlize Theron and Javier Bardem, they weren’t able to save the movie that only scored an abysmal 16 on Metacritic with viewers scores not being too much higher at 4.8.

It’s a love story about two volunteers in Africa who refind their love.

Kipo and the Age of Wonderbeasts (Season 1)

You may be familiar with some of Dreamworks TV projects for Netflix but Kipo and the Age of Wonderbeasts has been at the top of our anticipation list for quite some time.

The series will follow a girl exploring a post-apocalyptic world where animals have grown to be big and intelligent creatures.

It’s based on a comic and features some absolutely stunning animation. You can find out more about Kipo and the Age of Wonderbeasts in our preview.

To round out the week, we’ll be getting The Bling Ring from A24 Pictures. Inspired by true events, the movie is about a group of teenagers who are fame-obsessed using the internet to track down their favorite celebrities and subsequently rob them.

Emma Watson is the main draw for the movie but is also joined by Katie Chang and Israel Broussard.

Coming to Netflix on January 13th

Coming to Netflix on January 14th

Coming to Netflix on January 15th

Coming to Netflix on January 16th

Coming to Netflix on January 17th

Coming to Netflix on January 18th

What are you looking forward to on Netflix this week? Let us know in the comments down below.