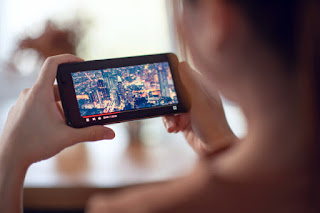 One of the reasons that the Academy Awards are such an afterthought is that movies play a much smaller role in our lives.

In movies’ heyday, which I believe lasted until the mid ‘70s when cable was introduced and first run movies could finally be seen in their entirety — uncut and uncensored — on television, movies were a major form of entertainment.

Going to a theatre was exciting.  Movies were meant to be seen on giant screens in glorious technicolor (especially when TV was still just black-and-white).  The studios provided a variety of styles and genres.  Action, comedy, romantic comedy, horror, adaptations of novels and plays, political thrillers, drama, period pieces, sweeping scope, intimate stories, war films, fantasy, fairy tales, musicals — major studios produced them all.  Many featured big stars you could only see in the movies.

Movies would have an impact.  They reflected society and changed society.  But in an entertaining way.  Films like THE GRADUATE spoke to an entire generation.

Today studios only make comic book blockbusters or sequels trying to squeeze every dollar out of the only theatre-going customers they still have — young males.  Remember “date movies?”  Romantic comedies that were tolerable for both sexes on a weekend date?   Now a studio comedy is a raunchfest aimed at — you guessed it — young males.

So the Oscars used to celebrate excellent but popular movies.  And everyone had a rooting interest.  We saw all the Best Picture nominees.  We debated them at the water cooler.    What are our choices now?  NOMADLAND and eight equally dreary depressing “art” films or box-office champ, KING KONG VS. GODZILLA?

Yes, the pandemic has thrown a monkey wrench into going to your local cineplex.  But with higher prices, commercials, vending machines instead of concession stands, and people texting — the exodus from movie palaces was well underway prior to COVID.

Will they come back?   Yes, once or twice for the novelty of it.  But then they’ll return home, watch movies on their big screen where the monthly subscription to Netflix is less than the cost of one ticket at an AMC.   Or they’ll watch on their phone.   We’ve gone from the big screen to five inches.

So when no one cares who the Oscar nominees are, when movies are not an important part of our lives, who gives a shit if some actor you’ve never heard of (and will disappear in two years) in some movie you’ll never see and never want to see wins?  They might as well televise the Fred Sands salesmen of the year awards.   At least they have a raffle and you could win a dinner at Benihana’s.